"Leaving No One Behind": Report On Various Efforts And Interventions To Reduce Inequality In Tanzania And The SADC Region 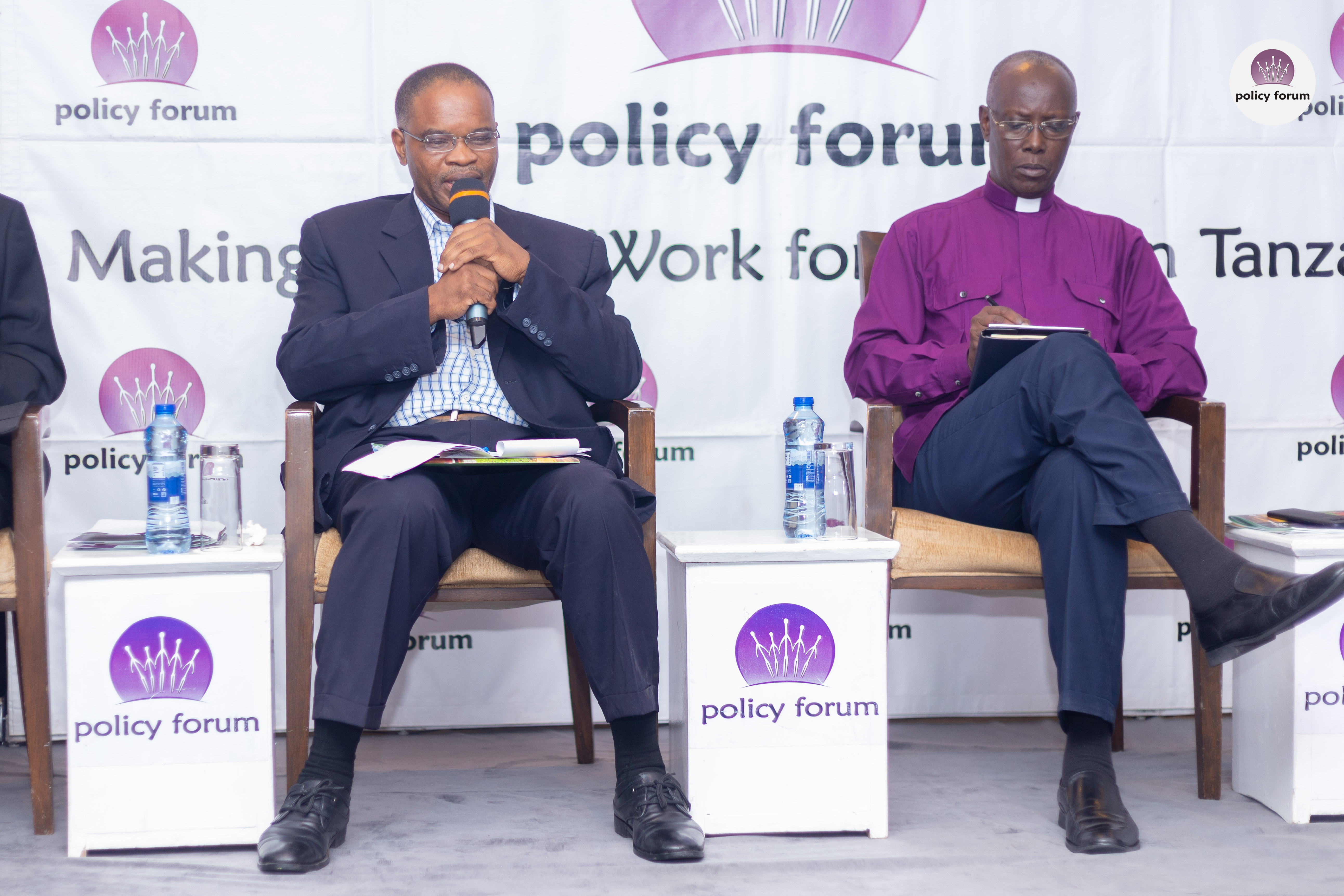 In 2015, governments across the world made a Commitment to Reduce Inequality Index (CRII) through the Sustainable Development Goals (especially SDG 10). The different levels of inequality that exist in countries show that inequality is far from inevitable; rather, it is the product of policy choices made by governments. The CRI Index, developed in partnership with Oxfam and Development Finance International (DFI), measures and ranks government efforts in three areas or ‘pillars’ that are key to the reduction of inequality: public services, progressive taxation and labor. The CRI enables citizens and civil society organizations to hold governments to account for their real commitment and progress towards building fairer and more inclusive societies.

Since 2020 Norwegian Church Aid, Oxfam International and Development Finance International have embarked on a research project to assess countries’ efforts to reduce inequality in the SADC region. Since then, faith actors in Tanzania acknowledged various efforts from the governments on the remarkable increase in budgets and spending on key study indicators related to Health, Education, Agriculture, and labor rights. In this report, faith leaders would like to provide an update on the progress realized to date as per the following pillars used by researchers (CRII).

On the Public Sector Pillar: Tanzania ranks very poorly here; it is 138th globally, 33rd among African countries, and 14th of 15 SADC countries. Low spending on health and education, and large gaps in coverage that leave the poorest behind, are significantly undermining the inequality-reducing potential of essential services and social safety nets.

• Education. Tanzania’s budget allocation to the education of 14.0%8 ranks the country fourth lowest in SADC and puts it far from meeting the Education for All minimum of 20%. It is positive that the 2020-21 budget increased this to 16.2%. In 2019, 32% of children in the relevant age group didn’t finish their primary education, and among the poorest fifth of the country’s population only 0.2% have completed secondary education.

• Health. Health spending in Tanzania was very low, at just 5.4% of the budget. This puts it at the very bottom of the rankings in SADC, and 37th in Africa. More than half of the country’s population (57%) lack access to essential health services, and 4% of households had to pay more than 10% of their income to fund health treatment.

• Impact on Inequality. Overall, public spending on health, education and social protection is reducing income inequality (as measured by the Gini coefficient) by just 0.014 (3.5%). This ranks Tanzania 13th of 15 SADC countries on the redistributive power of its public spending

On the Tax Pillar: Tanzania performs well on tax, ranking 5th of 15 in SADC and 39th globally. However, beneath this headline, there are some areas that require significant improvement, especially on unprogressive PIT, regressive VAT and poor tax collection.

• Progressive Tax System. Tanzania does not perform well on tax policy compared to its peers, ranking 8th of 15 in SADC, and 32nd of 46 in Africa. While the country has a relatively high rate of CIT at 30%, the top PIT rate (30%) is lower than that of eight other SADC countries. Tanzania also has the second highest rate of VAT (18%) and a regressive VAT system, which fails to exempt basic foodstuffs to reduce the burden on the poorest.

• Tax collection. Tanzania is among the lowest performing countries here; it collects just 22% of the tax it should, which ranks it 13th of 15 SADC countries and 128th globally. In 2019/20, before COVID hit, its tax to GDP ratio was just 12.1%. The country’s collection of CIT is particularly low, and it loses $299.5 million a year to corporate tax abuse and evasion.

• Impact on Inequality. Tax reduces inequality significantly in Tanzania, bringing the income Gini down by 0.0431. This is the largest reduction in Africa, and the second largest globally, making Tanzania one of the top performers in terms of harnessing the inequality-reducing power of tax, but even more, could be done if the top PIT rate were raised, VAT was made less regressive and collection of income taxes increased.

• Women’s labour rights. Tanzania scores better than some of its peers on women’s labour rights, ranking 6th of 15 SADC countries. Its laws are good on equal pay, non-discriminatory hiring, rape and sexual harassment, but it provides 16 days less parental leave than the best SADC countries, and 33 days less than the ILO norm of 20 days. In addition, in practice the Trade Union Congress of Tanzania (TUCTA) reports ongoing gender-based discrimination on wages, promotions, and legal protections.

• Minimum wage. Tanzania performs poorly on minimum wages, ranking 13th in SADC and 134th globally at only 19% of per capita GDP, and below the extreme poverty line.

• Coverage of workers’ rights. 83% of workers have no formal labour rights, which is the third highest level in SADC and 14th highest in the world. The government also does not “adequately enforce labour standards, particularly in the informal sector” which accounts for many poor and women workers.

• Inequality of wages. As a result of low minimum wages and failure to enforce labour laws, Tanzania has the 24th highest wage inequality in the world, with a wage Gini of 0.68.

It is therefore a commitment of religious leaders to continue to update this analysis and pick areas for deep diving to establish countries performance and areas for improvement in line with government commitments to reduce inequality. It is the call of faith leaders to invest more resources in areas with more impact such as Universal Health Coverage for all Tanzanians which faith actors have been advocating for since 2018.

Interfaith Standing Committee on Economic Justice and Integrity of Creation (ISCEJIC) is the national interfaith platform that represents major faith communities in Tanzania. The platform is jointly owned by the National Muslim Council of Tanzania (BAKWATA), Tanzania Episcopal Conference (TEC) and the Christian Council of Tanzania (CCT). It is currently taking a lead role in national advocacy for universal health insurance for all Tanzanians. Since 2007 Norwegian Church Aid in collaboration with Interfaith partners have been conducting various research related to Mining advocacy such as the Golden Opportunity (2008), One Billion Dollar Question (2012) and One Billion Dollar Question Revisited (2017). All these reports were aiming at showcasing how much Tanzania is losing in potential tax revenue and provided recommendations to improve tax collections to finance social services delivery including realizing Universal Health Care for all Tanzanians.