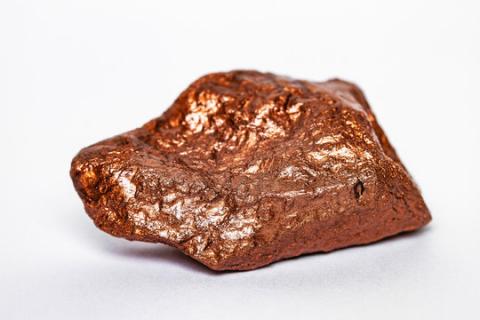 To address the climate crisis and achieve the Paris agreement targets of net zero by 2050, firm reductions in greenhouse gas emission is needed. Clean energy technologies, such as Solar Photovoltaic (PV) plants, Wind Farms, Nuclear Power and Electric Vehicles (EVs), will play an important role in the transition from fossil fuels to clean energy and reducing greenhouse gas emissions. These renewable technologies require specific minerals, known as ‘Critical Minerals’ or green minerals. With the transition to clean energy technologies developing at a fast pace, critical minerals such as graphite, copper, nickel, lithium and cobalt are in high demand.

We now know, according to International Energy Agency that limiting global warming below 2°c could require a fourfold increase in the supply of minerals for clean energy technologies within the next two decades. While the demand for critical minerals is expected to stay high for the foreseeable future, their supply might be limited.

According to a Critical Mineral’s scoping study by the Natural Resources Governance Institute in 2021, Tanzania has significant deposits of minerals that are considered to be critical to the clean energy transition. For example, nickel deposits have been discovered in Kagera region, to an estimation of over 1.52 million tons. Over 18 million tons of graphite reserves are present in mostly in Lindi, Morogoro and Tanga Regions which is said to be the 5th largest reserve of graphite in the world. About 138 billion cubic feet of helium is present at Lake Rukwa Basin - said to be the second largest helium deposit in the world. Furthermore, there are about 2o other deposit of critical mineral deposits in Tanzania, such as copper, lithium etc.

This new epoch of a potential transition to clean energy offers a unique moment in global history similar to what I have called ‘an era of a new dance’ in the minerals sector. While diving deeper into this 'new dance' in the mining landscape, let us first understand how these minerals are used for the clean energy. For instance, copper and aluminum are cornerstone minerals for all electricity-related technologies, since electrical equipment such as motors, transformers and cables use copper to conduct electricity and heat.

Copper, nickel, lithium and cobalt are key elements for batteries used in many of the new technologies. An electric vehicle, for instance, typically contains lithium-ion batteries, which requires lithium, nickel, manganese and cobalt-bearing minerals. Solar panels and wind turbines are made with nickel, graphite and copper. Telecommunication devices we use, such as phones and laptops, require a wealth of minerals, including tantalite, wolframite, graphite, bauxite, etc.

According to NRGI’s study report, based on government data, Tanzania is or should be potentially gearing up to a new era and potential ‘new dance’ that may or could gain faster momentum in the nearest future. At the moment, there are 26 exploration projects, two operating mines, two mines under construction, eight projects with Joint Ore Reserve Certification (JORC) for further investment and seven confirmed occurrences of critical mineral deposits in Tanzania. The opportunities for critical mineral exploitation are therefore certainly there. However, the growing demand for critical minerals will offer both social economic benefits and challenges to Tanzania’s extractive sector.

To realize the opportunities offered by this resource wealth, Tanzania needs to take a deeper look at its Policy and Legal frameworks to ensure proper governance of the sector and a clear identification of its position through a well-tailored strategy on critical minerals. Consequently, this feature article analyses the future of the mining sector focusing on the potential impacts of related to energy transition agenda and presences of critical minerals to Tanzania’s mining sector in general.

Future of Foreign Direct Investment in the Tanzania mining sector

The GoT is, hence, already joining (foreign) investors in their preparations for the critical minerals’ exploration boom. Perhaps a research or a thorough analysis is needed to understand the real impact of this shift to country economic growth.

Taking export as a variable for measurement for example, a share of gold to total country export was 28% in 2020 and 34% in 2021. These are quite significant contribution to the national economy, with Large-scale mining being the largest exporter. Hence, shift of the interest would definitely impact revenues collected by the government. Further, this might suggest that it is time for the GoT to fully facilitate Artisanal and Small-Scale Mining operators and build a strong tax base through them, so that even when the paradigm shift, investment on these traditional minerals like gold will not be paralyzed.

Will Tanzania’s coal be a stranded mineral?

Contrary to the clean energy agenda, there is increased interest of the GoT in pushing the production of fossil fuels, such as coal with an assumption that it will increase government revenues when exported and facilitate the country’s industrialization agenda. At the moment, fossil fuels remain the major reliable source of energy for domestic and industrial use across the globe.

As for coal production most countries are on process to phase out from the use of coal to power their industries. Thus, the remaining major global consumer of coal is China with a share of almost 56% followed by India 10.3% and United States 6.5% according to worldometer (2021).

Moreover, in the wake of looming energy transition to clean energy, financial investment in coal mining, and the demand for coal, will be challenging in the future, as most (financial) institutions are now advocating for clean energy and committee to sustainable finance among others.

Therefore, if the GoT still wants to benefit from its plenty coal resources, it will need to take swift action to allow its extraction. Further having a well articulated strategy/policy in relation to extraction and use of coal prior to being totally phased out by most of the country is of paramount importance. Unless otherwise, if it wants to participate in  the energy transition, it should leave its coal as fossil fuels stranded in the ground. Probably, this is a tight choice and tap dance that government may find difficult to partake.

At a global level, countries have signed the Paris Climate Accord (Paris Agreement/COP21) adopted in 2015 that commits governments to support climate change mitigation, adaption and finance. The energy transition agenda that accompanies the Paris Agreement, signifies a significant change in the demand for minerals, energy supply and energy technologies. This shift might cause frustrations with communities and governments of resource-rich African countries, like Tanzania. Not only that moving to the clean energy is expensive but also the geopolitical interest in critical minerals can be a cause of frustration with not well managed. The interest in controlling the critical mineral’s supply chain could benefit more the developed (user) Countries than the supplier countries such as Tanzania.  A divesture in investment from coal, oil and natural gas could cause potential disruptions in investment flows to new producer countries such as Tanzania but also revenue shortfalls for producing countries such as Nigeria.

The energy transition and development dilemma

The energy debate also offers dilemmas for resource-rich countries. As alluded above, Tanzania is a potential supplier of the critical minerals needed for the clean energy transition at the global level.  But by doing so, Tanzania has to balance its development imperative and climate change obligations. The new search for critical minerals could also mean more new marginal lands opened up for exploration and mining.

Mineral extraction in general often comes with risks and negative effects to environment and local populations and hence, that with more/ different resource extraction, good governance and commitment to environmental and climate change mitigations will be primordial. As part of critical minerals, for example, investment and the extraction of uranium for nuclear energy technology will have to be balanced with environmental and human safety as Uranium is dangerous. If poorly managed can adversely affect and contaminate the environment and people with radioactive dust, radon gas, water-borne toxins, and increased levels of background radiation.

In short, regardless of the growing demand for nuclear power, in making investment decision, the government has to take into account the fact that extraction of certain mineral resources, such as uranium, is threatening to human health and life.

Overall, the new demands for energy transition and desire to secure energy sources will push resource-rich countries to make investment decisions i) to secure clean energy critical minerals supply chains as the new dawn will see a spike in outward investment in search for critical minerals and jostle for control of known reserves. ii) on the extraction of fossil fuels minerals that are at higher risk of losing market and capital as clean energy becomes the new paradigm. GoT decision on investment pathway to need to be strategically aligned to benefit from this new dance.

For this to happen, transparency and accountability, community awareness and engagements will need to at the center of any investment decisions taken by government on critical minerals. Perhaps, I fully opine, this could be the right time for the GoT to consider the creation of a National Strategy on Critical minerals, something that would strongly give direction to Tanzania’s Ministry of Minerals with regards to investment and exploitation of critical minerals. This National Strategy will also help to regulate value addition and the redistribution of resource benefits from the critical mineral’s subsector. The government will balance community expectations and avoid frustrations posed by global demands that may lead to unfair and unbalanced investment deals as experienced in the past

The Role of Critical Minerals in the Energy Transition: A Canadian Perspective (Part 1) | Knowledge | Fasken