Sealing the Gaps: Revenue forgone within the Tanzania tax system and how it could be used to fund public education 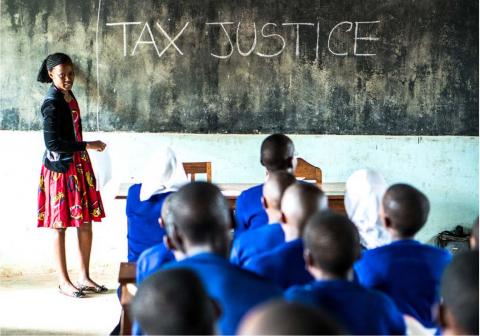 Sealing the Gaps: Revenue forgone within the Tanzania tax system and how it could be used to fund public education

Taxation provides governments with the funds needed to invest in development, relieve poverty and deliver public services. It offers an antidote to aid dependence in developing countries and provides the fiscal reliability and sustainability needed to promote growth.

Sustainable Development Goal (SDG) 4 aims to ensure inclusive and equitable quality education and promote lifelong learning opportunities for all by 2030. With under 10 years to go, it is clear that the timely achievement of SDG4 will require the Government of Tanzania to ensure that adequate funding is allocated to the education sector, meeting or exceeding the globally agreed benchmarks of 4-6% of gross domestic product (GDP) and 15-20% of the national budget allocated to education. However, while education remains a key government priority, there has been a markedly downward trend in allocations compared to these targets.

Raising the funds needed to adequately finance education will require the Government to not only increase the share of the budget it allocates to the sector (which stood at 13.6% of budget or 3.7% of GDP in 2020), but also to take rapid measures to increase the recentoverall size of its budget by steadily raising its tax-to-GDP ratio.

Recent research from the International Monetary Fund (IMF) and World Bank indicates that tax-to-GDP ratios lower than 15% are insufficient to finance even the most basic State functions. Yet Tanzania’s tax-to-GDP ratio stood at a mere 11.6% in 2018, well below the sub-Saharan average of 16.5%. Thus, increasing tax to-GDP ratios by 5% in the medium-term (around five years) would be an ambitious, yet realistic way forward.

The most effective way to achieve this, and ensure long-term, predictable and sustainable funding for education, is through domestic resource mobilisation using tax policy. Successive reports by the Controller and Auditor General (CAG) of Tanzania have highlighted that the country consistently trails behind other East African States in terms of tax efficiency, underscoring the need for increased government efforts to mobilise revenue by widening the tax base, plugging revenue leakages and improving voluntary compliance, tax efficiency and effectiveness.

With this in mind, this research study aims to identify some of the key issues, barriers and bottlenecks leading to loss of revenue across the tax system in Tanzania, to help drive forward national policy responses aimed at curtailing such losses.

Whilst it does not presume to offer a definitive and comprehensive overview of all of the amounts foregone, by outlining and compiling a range of relatively recent examples for which reliable estimates exist, it can provide a snapshot of the huge volumes of potential tax revenue being lost. It also recommends steps that the Government of Tanzania can take to seal these gaps and generate additional funds to invest in public education, and other priority development sectors.

Overall, the study finds that, between 2013 and 2020, the cumulative effect of internal inefficiencies, tax evasion, harmful tax incentives, double taxation agreements and illicit financial flows has resulted in estimated losses of around TZS 17.4 trillion (around US$ 7.6 billion) per annum. This amount, which is almost equal to the country’s entire annual tax collection for 2020/21, would be enough to raise the tax-to-GDP ratio to 28.5%, close to that of Switzerland and just 5.3 percentage points below the average Organisation for Economic Cooperation and Development (OECD) rate of 33.8%. It would be enough to cover the country’s annual budget deficit of TZS 3.4 trillion five times over.

If just 20% of this total amount forgone (i.e. TZS 3.4 trillion) had been allocated to the education sector in 2019/20, it could have nearly doubled the education budget, raising it from TZS 4.5 to 7.9 trillion ($1.9 to $3.4 billion). These additional funds would have been enough to:

This article is from the report published by ActionAid Tanzania