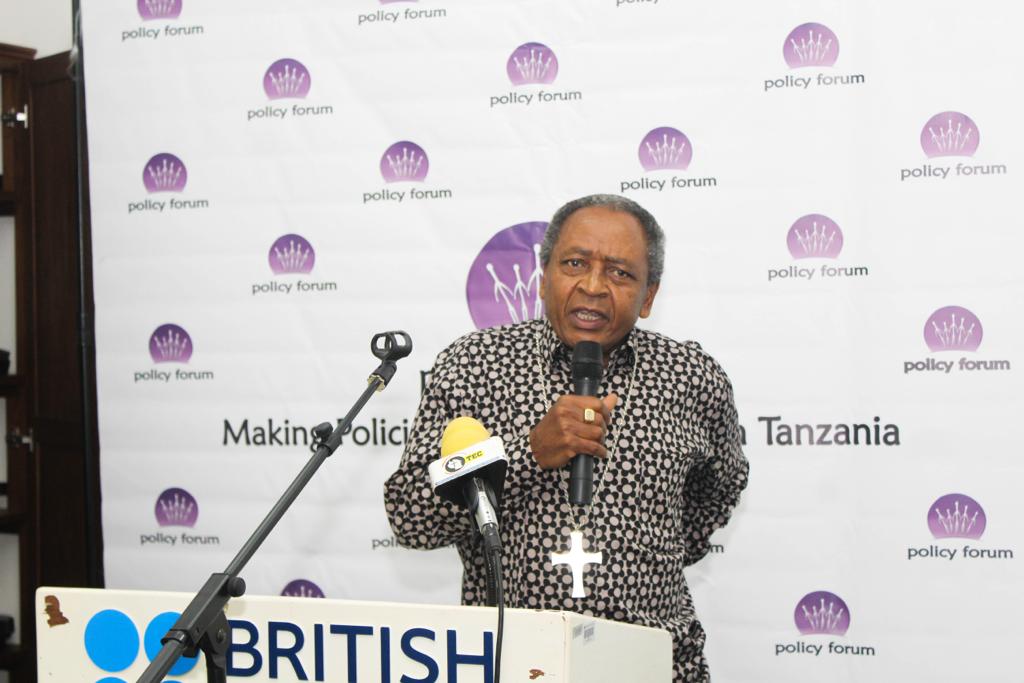 The Government of the United Republic of Tanzania needs only TZS 150 billion for 5 years to cover the cost of 28 percent of health insurance for low-income Tanzanians, the country’s religious leaders have said at a recent Breakfast Debate organised by Policy Forum in collaboration with the Interfaith Standing Committee on Economic Justice and Integrity of Creation (ISCEJIC) on September 27, 2019.

Speaking at the debate, Bishop Stephen Munga of ISCEJIC said the Committee conducted a survey on access to health care in Tanzania in 2017/18 using national statistical information with the aim of acquiring accurate information on health issues in the country.

Furthermore, Bishop Munga elaborated further on the universal health coverage (UHC) so that all communities can access the preventive, curative and rehabilitative services they need while also ensuring that the use of these services does not expose the user to financial hardship.

Generally, Tanzania could do more to increase investments in the health sector. For approximately a decade, the average Annual Health Budget has been only 10 percent of the Government's total expenditure, 15 percent less than the agreed resolution in the Abuja Convention. The budget for the health sector has been shrinking from 75 percent (2014/15) to 57 percent (2016/17) and the average National Budget spending is $31 less than the average approved by the World Health Organization (WHO) which is $60.

Sheikh Nuhu Jabir Mruma also emphasised the reason why religious leaders are stressing on equitable health by stating that health is an investment and people need to be in good health for sustainable development to be achieved.

As a recap, for the Government of the United Republic of Tanzania to achieve its goals of ensuring that every citizen has confidence in the country's services, the religious leaders recommend the following:

The Interfaith Standing Committee on Economic Justice and Integrity of Creation (ISCEJIC) has the role of promoting equity , human rights and ensure affordable health for the poor in Tanzania and focuses on issues of tax justice for reducing inequality, works on issues of industrialization, employment and the environment, and peace and protection of creative integrity.