Breakfast Debate: Overview of the Education and Agriculture Sectors in the National Budget 2017/18 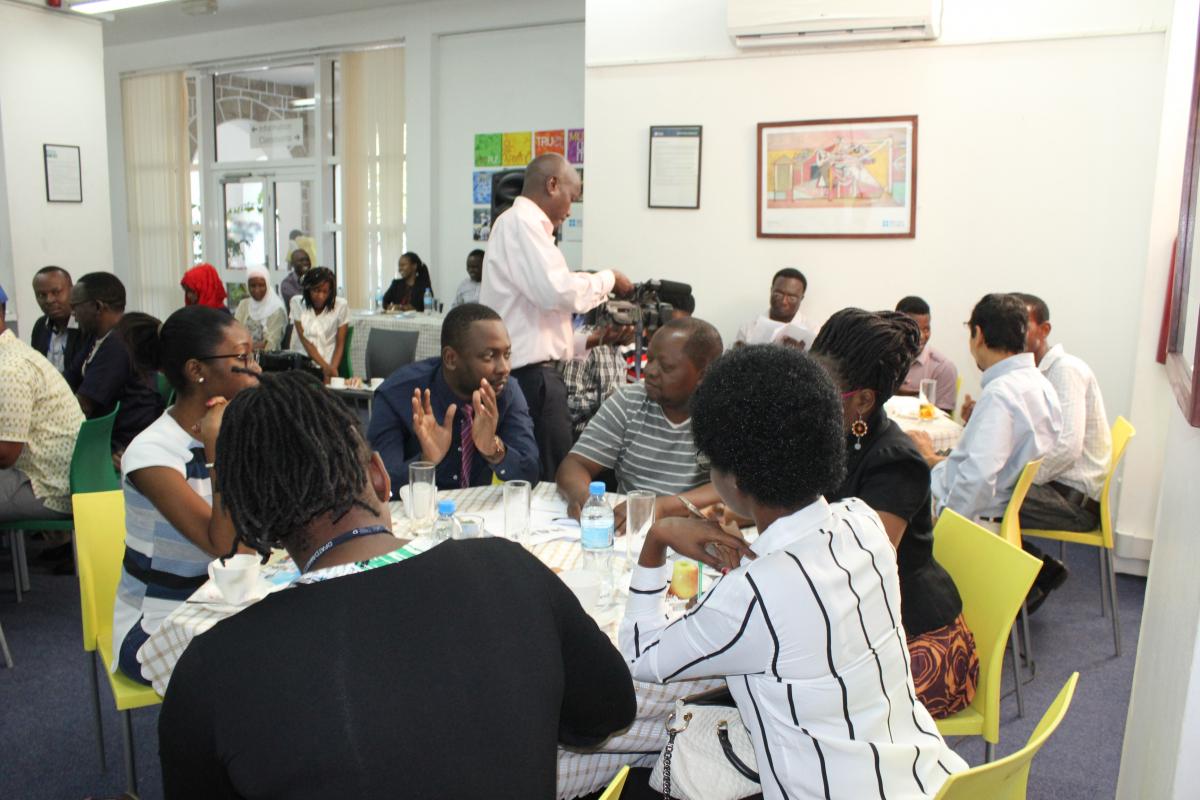 On 26 May 2017, Policy Forum dedicated its monthly Breakfast Debate to discussing the National Budget for the financial year 2017/18. Titled “The National Budget 2017/18: What is changing in the education and agriculture sectors,” the debate included two presentations by Makumba Mwemezi, a programme officer from HakiElimu, an education rights organisation, and Fazal Issa a programme officer from ForumCC, a climate change group.

Presenting an overview of the Education Budget 2017/18, Mwemezi argued that budget allocated for education is between 16% and 17% of the national budget which still falls short of what is needed to meet the demands of the sector as well as international commitments which require an apportionment of 20% of the total available resources.

Highlighting on the impact of the provision of fee-free basic education, he noted an increase of 46% enrolment for pre-primary students which is equivalent to 500,000 new entrants. The enrolment of primary school students also soared by 41% equivalent to 552, 289 entrants. The growth of numbers of students who are enrolled, however, has resulted in a shortage of 168,328 primary school classrooms and 12,568 secondary school classrooms.

Before fee-free basic education, the shortage of primary school classrooms stood at 146,106. The enrolment increase has created a demand of 22,222 classrooms which requires an estimate of Tsh 267 billion for construction. However, the Ministry of Education, Science and Technology has allocated funds in the financial year 2017/18 to construct only 2,000 classrooms.

Illuminating on the 2017/18 budget for Agriculture, Livestock and Fisheries Ministry, Issa said that the budget trend between 2010/11 - 2016/17 has not been convincing whereby it averages only Tsh 350 billion which is equivalent to 2% of the national budget annually. The average percentage is far less than the agreed target of 10% under the Malabo Declaration. In 2014, African Union (AU) Heads of State adopted the Malabo Declaration on Accelerated Agriculture Growth and Transformation for Shared Prosperity and Improved Livelihoods. One of the goals of the declaration is to allocate at least 10% of public expenditure on agriculture and rural development.

Issa highlighted that “in the National Budget 2017/18, the government has allocated a total of Tsh 267.86 billion for the Ministry of Agriculture, Livestock and Fisheries. The amount equals to only 0.85% of the total estimated national budget of TZS 31.69 trillion”.

Regarding climate change, Issa insisted that from the budget allocations, the government has not prioritized climate change as only 26 activities are related to the issue out of 207 to be implemented for the 2017/18 financial year.

Other issues raised during the debate included the need of discussing and advocating for efficient domestic resource mobilization and that despite challenges of late disbursements in both sectors, the panel debated on the importance of advocating for the efficient use of the limited disbursed funds to address the most pressing socio-economic needs.

Others mentioned the lack of consistency when it comes policy focus citing emphasis on Kilimo Kwanza as a strategy to reduce poverty and now concerted efforts have shifted to industrialization as an alternative.

Nicodemus Eatlawe a programme manager from Ten/Met said “If the country is not investing in agriculture, we will always remain poor because the large population which is more than 60% depends on agriculture. Investing in agriculture will help feed our people and even our neighbors.” Eatlawe advised asked the Civil Society Organizations (CSOs) to continue challenging the government to increase the education budget to meet demands of the sector. He cautioned, however, that increasing education budget will not solve every problem of the sector.