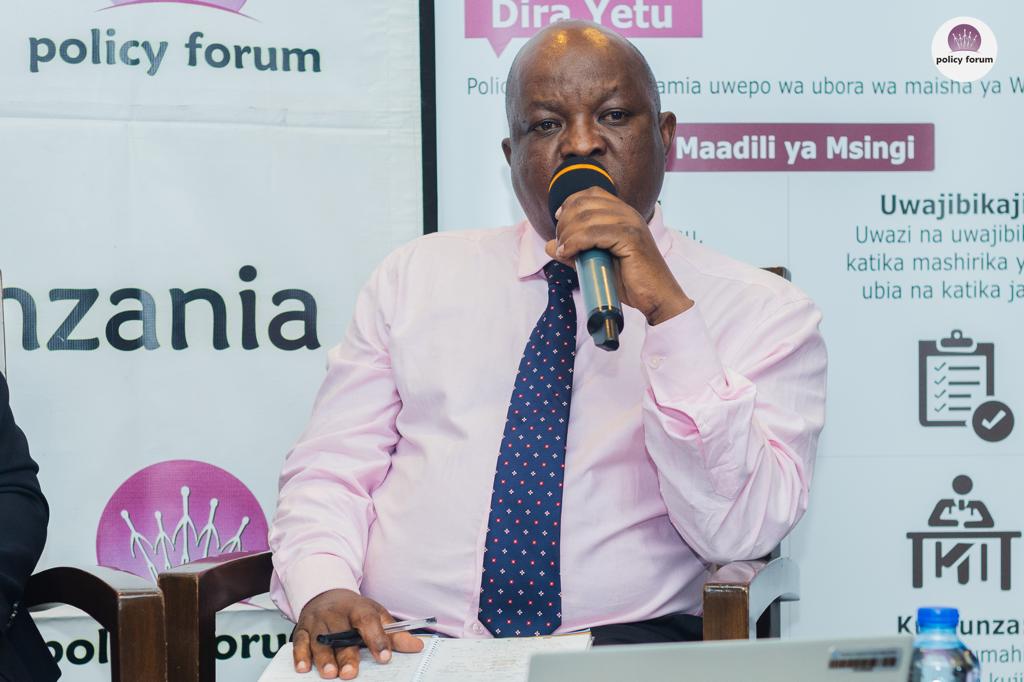 Approximately 3 in 10 girls and 1 in 7 boys in Tanzania have experienced violence prior to the age of 18 in school settings.  These are findings from the Human Rights Report 2021 which were disseminated at the Policy Forum Breakfast Debate held on 29 July 2022 probing violence against women and children.

Adv. Fundikila Wazambi, Head of Programme Research at Legal and Human Rights Centre (LHRC) accentuated that human rights stakeholder have demanded increased action on violence against Women and Children (VAWC) as cases of defilement have increased between 2017 and 2019.

Additionally, Wazambi rationalized that creating a safe environment for children begins at family level as the perpetrators exist within our communities and can sometimes be close family members.

An increased number of rape incidents in regions like Arusha, Mwanza, and Dar es Salaam has been highlighted in the report. Around 60-70 per cent of documented rape incidents are perpetrated against children, 30-40 per cent against women and 14 per cent of women experience sexual violence enacted by their spouses.

Gender Specialist at Women Aid and Criminal Justice (WACJ) Ms. Joseline Josephat indicated that the society does not understand the procedures to be undertaken when one has been violated whether physically or sexually. There is a strong need for awareness to the community by utilizing different means of information dissemination such as media to share information on the steps to take to obtain justice.

Furthermore, she appealed stakeholders including Civil Society and media houses to advocate for the amendment of the laws that govern women and children safeguarding as they still provide loopholes due to their ambiguous nature.

Significantly, the government through the Prevention and Combating of Corruption Bureau (PCCB) is working assiduously to wage war on sexual corruption and exploitation. PCCB has engaged non-state actors such as Policy Forum and other like-minded organizations through the ‘VUNJA UKIMYA’ taskforce to implement interventions on corruption and sexual violence emphasized PCCB’s Principal Investigation Officer, John Shija.

Shija highlighted that there are ongoing initiatives to review the National and Anti-Corruption Strategy and Action Plan II (NACSAP II) and called upon non-state actors including CSOs and media to fully engage in the review to ensure that their views are incorporated.

Bahati Mandango, one of the participants stated that the reporting mechanisms is highly traumatizing due to tiresome processes implicated to the survivors which leads to most incidents of sexual violence being left unreported.

Some of the recommendations that emanated from the debate include: