Implementation of the Africa Mining Vision (AMV) in Tanzania, 2017-2019 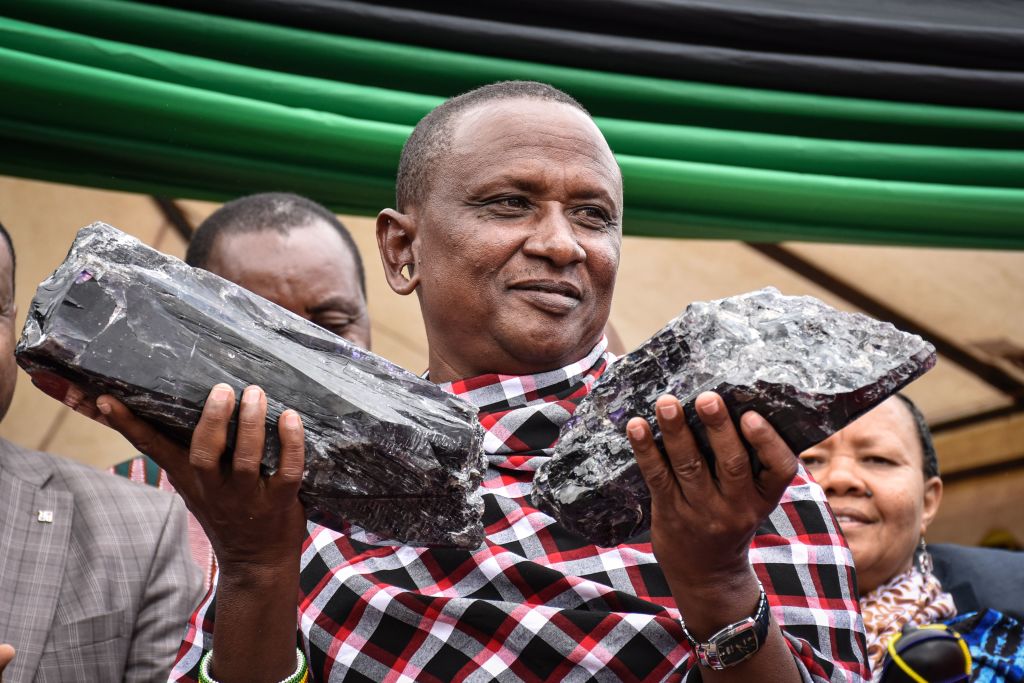 Recently Policy Forum did an analysis to assess the extent to which Tanzania’s mining fiscal regime is aligned with the Africa Mining Vision (AMV). The AMV, which was adopted by the Heads of State and Government of the African Union (AU) in February 2009, serves as a regional policy tool to guide the development of mineral resources in Africa. The AMV’s overarching goal is to create a regional framework that supports a “transparent, equitable and optimal exploitation of Africa’s mineral resources to underpin broad based sustainable growth and socio-economic development”.

The Action Plan for implementation of the AMV was approved in December 2011. The Action Plan comprises of 9 programme clusters of activities. These are: mineral rents and management; geological and mining information systems; building human and institutional capacities; artisanal and small-scale mining; mineral sector governance; research and development; environmental and social issues; and linkages and diversification. The Action Plan provides guidelines for prudent, transparent and efficient development and management of Africa’s resources.

This analysis focuses on Cluster 1 of activities under the AMV Action Plan which deals with mining revenues and mineral rents management. The first issue addressed by Cluster 1 is how to design fiscal terms which are fair and equitable to both the investor and the resource owner (the Government on behalf and in trust of people). The second issue is how to design and implement policies and strategies that ensure the most efficient and productive use of revenues accruing from the mining sector.

The AMV Action Plan under cluster 1 acknowledges that the greatest challenge facing governments when designing fiscal frameworks is striking a balance between obtaining an optimal share of the revenues and attraction of investment. While governments wish to maximize the value of mining investment to fund socio-economic infrastructure and other national development priorities, mining companies seek for appropriate compensation for the high risks associated with mining projects. In practice, mining companies have more expertise, information and experience in the mining sector than most governments in Africa do. Consequently, fiscal provisions in mining concessions are not optimized. It has been reported that the extractive sector is a primary source of illicit financial flows (IFFs) in Africa, accounting for more than half of Africa’s IFFs. This illustrates the potential losses of financial flows from unequal contracts in the extractive sector in Africa.

Based on this state of affairs, the AMV Action Plan concludes that mining fiscal regimes in most African countries are characterized by overly generous tax holidays and poorly designed royalties and additional profit taxes. Further to that, mining companies devise several techniques to avoid and evade payment of taxes, royalties and levies. Consequently, there is a widespread sense that Africa does not obtain commensurate compensation from the exploitation of its mineral resources.

The AMV Action Plan also acknowledges that there are several challenges facing African countries in managing revenues accruing from mining sector. These include volatility of commodity prices, non-renewability of resources and equitable sharing of such revenues. In this regard, Cluster 1 goal is to create a sustainable and well governed mining sector that effectively garners and deploys resource rents.

In 2017, the Tax Justice Network-Africa (TJNA) in collaboration with Policy Forum (PF) launched a study in Dodoma, Tanzania entitled “Where is the Money? Taxation and the State of Africa Mining Vision Implementation: A case of Tanzania and East Africa.” One of the major findings of that study was that there have been notable improvements in Tanzania’s extractive sector tax administration and revenue management at the national level. However, there continued to be challenges in terms of engaging local communities in employment decisions and investing part of revenues back into communities hosting large extractive projects.  Based on its findings, the study provided recommendations to enhance the pace towards meeting the AMV aspirations at the national level in Tanzania.

The analysis reviews the existing literature on the AMV, on the Tanzania’s mining sector, Tanzania’s mining sector revenue policy and legislation as well as mining sector revenue regime in general from 2017 to 2019. The main objectives being: providing an examination of how the Tanzanian legal frameworks (from 2017-2019) are aligned to the AMV; assessing the extent to which the AMV study (by TJNA and PF) recommendations’ have been reflected by changes in the current statutes, policy, administrative circulars, regulations and political declarations; establishing what happened in two other East African countries (Kenya and Uganda) in terms of AMV implementation and whether there are any remarkable achievements that Tanzania could replicate; identifying any advocacy gap and providing recommendations that can help in the implementation of the AMV in Tanzania.

The analysis concludes that Tanzania has undertaken measures towards realisation of the AMV and most of notable developments have taken place since 2017. Tanzania has undertaken some major reorganisation of her fiscal regime applicable to the mining sector over the past three years. There are, however, areas which need further improvement and thus the study suggests remedial measures. For further reading click here