A Review of the Performance of Tanzania’s Prevention and Combating of Corruption Bureau, 2007-16 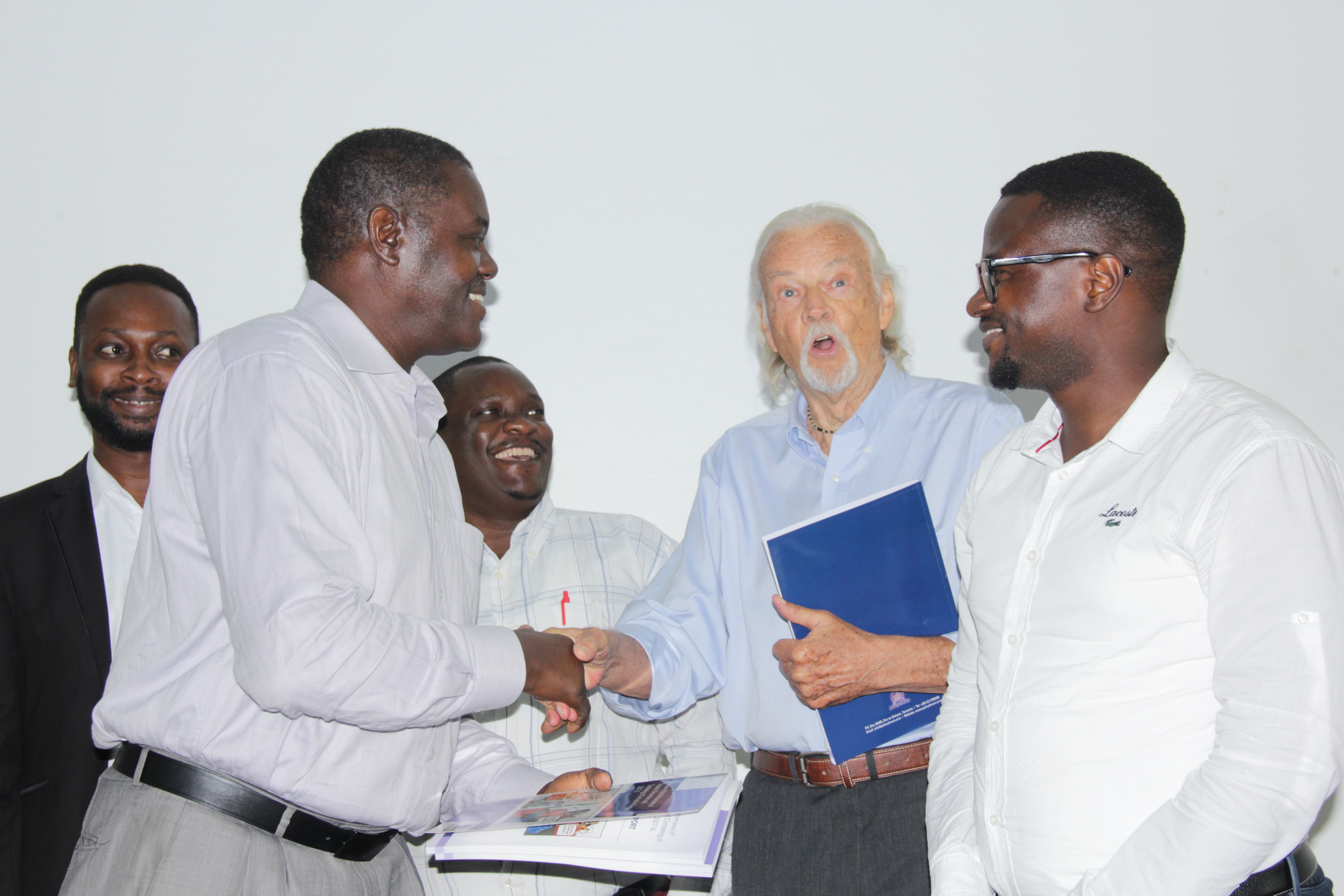 This was said during a recent Policy Forum monthly breakfast debate held on the 30th of November 2018 which was dedicated to the launch of the review of the functions of the Prevention and Combating of Corruption Bureau (PCCB) to determine whether the public was obtaining value for money in the fight against corruption in Tanzania.

Entitled “Tanzania Governance Review: Are Efforts to Prevent and Combat Corruption Good Value for Money?”, the main presentation was made by Brian Cooksey from the Tanzania Development Research Group in partnership with Paul Mikongoti and Fundikila Wazambi from the Legal Human Rights Center (LHRC).

Paul Mikongoti commenced by introducing the bureau and its functions as being “responsible for corruption control in Tanzania’s criminal justice system” and “answerable to the President’s office, not to parliament.  PCCB can only bring to court cases approved by the Director of Public Prosecutions (DPP)”.

Mikongoti continued by saying Tanzania’s last three presidents (Mkapa, Kikwete and Magufuli) all found fault with their predecessors’ anti-corruption record, but external pressures have also been instrumental in shaping Tanzanian anti-corruption efforts.  As CCM’s presidential candidate in the country’s first competitive elections (1995), Benjamin Mkapa ran on an anti-corruption platform. Both local and external observers perceived that economic liberalisation under President Ali Hassan Mwinyi (1985-95) had been accompanied by a quantum leap in the incidence of corruption in state institutions and in relations with elements of the private sector. Mkapa’s accession to power coincided with the emergence of the global anti-corruption movement, and the rise of ‘good governance’ as an influential concept in the aid lexicon.

He highlighted from the findings after its establishment in 2007 and said PCCB grew rapidly in both staffing and national outreach. “PCCB claims to have a presence in every region and most districts in the country. Yet the number of corruption cases brought to court is a small fraction of the cases reported and investigated, and the number of convictions is remarkably low. While the expansion of the Bureau outside Dar es Salaam has increased the number of petty corruption cases brought to court, there has been little progress in sanctioning top officials and businesspeople involved in grand and political corruption.”

Furthermore, Brian Cooksey highlighted the perspectives of the review and how it was conducted and said that PCCB refused to endorse it citing security reasons which made it difficult to acquire accurate data.

Cooksey stated that due to the efforts and strategy of Policy Forum with continued engagements with PCCB, it somehow provided a way for the study to be completed.

The exception—the arrest in June 2017 of the principals in the Escrow/IPTL scandal—was a clear break with PCCB’s past record of protecting some of the most corrupt elements in the country. Still there is a growing log-jam of high-profile cases that have yet to be brought to court

Presenting on the Legal perspective, Fundikila Wazambi from LHRC said cases are heard in magistrates, district and high courts, and since 2016 there has been a High Court Division dealing exclusively with corruption.

“While corruption is prosecuted under the 2007 Prevention and Combating of Corruption Act (PCCA), the Bureau can also prosecute under the Public Procurement Act, and the National Audit Office (NAOT) provides the Bureau with information on district councils or development projects that are suspected of corruption. Parliament’s oversight role is minimal; the Bureau’s voted budget is not known in detail, and actual expenditure even less so. There have been repeated demands in parliament to review the 2007 legislation to make fines and sentences better reflect the seriousness of the crime,” he added.

Wazambi continued by saying that it has become increasingly evident that PCCB lacks adequate numbers of skilled lawyers and financial resources to investigate and prosecute complex corruption cases, most of which involve an international dimension.

“Bringing cases to court is also problematic. Witnesses can be bought off or threatened and are known to contradict their sworn statements in court.107 Judges sometimes recuse themselves from hearing ‘sensitive’ cases. The few high-profile corruption cases that reach court routinely drag on with constant adjournments and an excess of technical over substantive procedures.  The result is a slow and inefficient criminal justice system in which justice is rarely done or seen to be done. Inadequate staff and finance and low technical capacity in PCCB are part of a much bigger malaise affecting the entire judiciary,” he said.

Wazambi also stressed that punishing a few ‘minnows’ for petty corruption with disproportionate fines and prison sentences, while letting the ‘sharks’ get away with systematic looting, imposing trivial fines on the rare occasions that some of them are found guilty, but not confiscating property or handing out substantial jail sentences, arguably amounts to an abuse of human rights

Bahame T. Nyanduga from the Mwl. Nyerere Foundation cited the TANU Constitution “Rushwa ni Adui wa Haki, Sitatoa wala Kupokea Rushwa” and then stressed that for over 60 years we have been fighting corruption but still we cannot discuss it FREELY.

Nyanduga correspondingly highlighted the Corruption Perception Index 2017 conducted by Transparency International, Tanzania  was listed 103 with the score of 36 forming a tie with Bahrain, Ivory Coast and Mongolia.

Moroever, Mr. Bahame, the main presenters and others came up with recommendations to improve the situation regarding corruption in Tanzania: