CSOs Debate on Nexus Between Tax Reform and Decentralization Policies 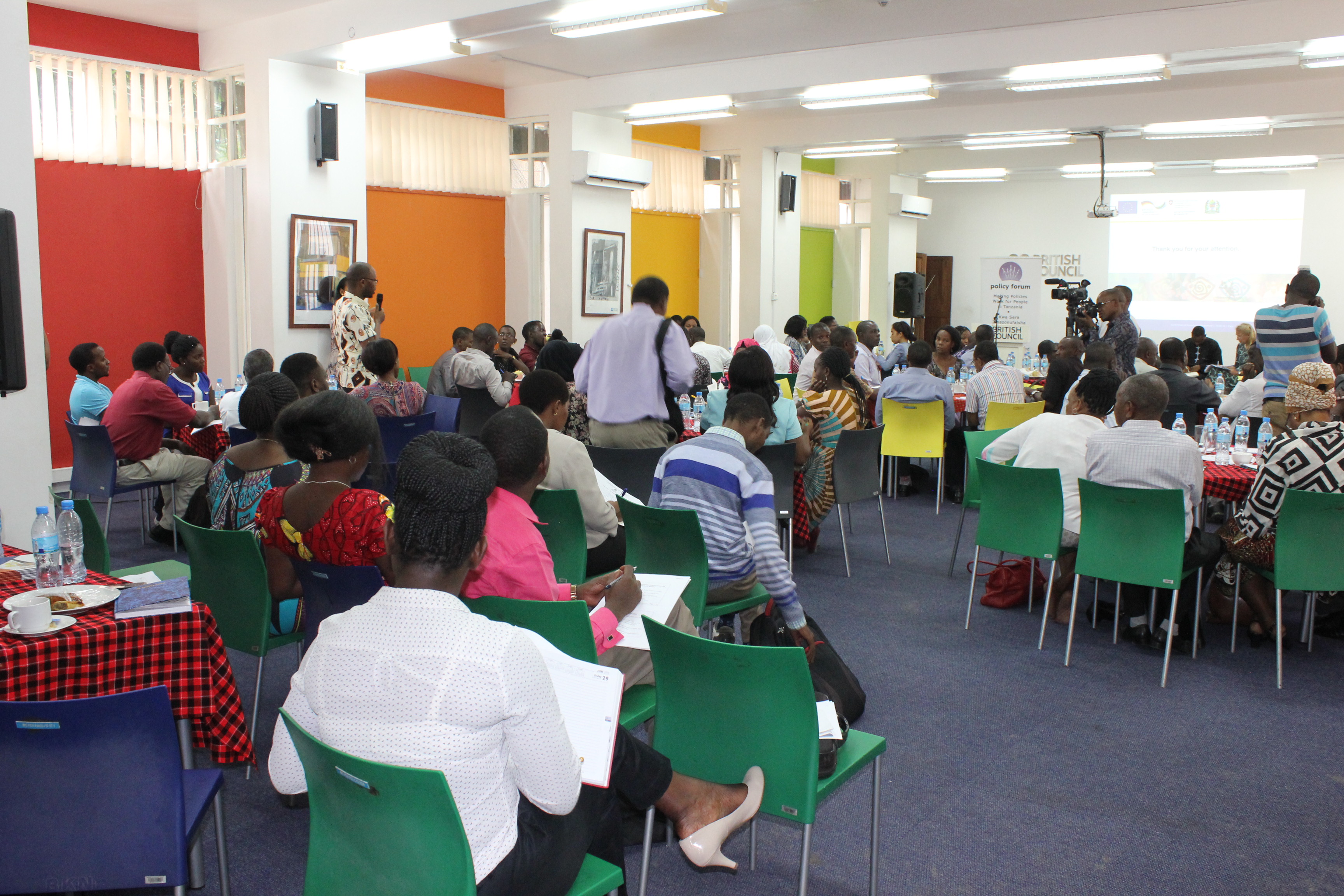 CSOs in Tanzania have called for increased clarity of the division of functions and responsibilities of the central and local government administrations in the country if decentralisation by devolution is to work. This includes clarification on property registration and valuation responsibilities, and obligations on the maintenance of property registers and revenue data. This was said during a morning public discussion hosted by the Policy Forum entitled ‘Taxing the urban boom in Tanzania: Central versus local government property tax collection’ which took place in Dar es Salaam on June 29, 2018.

Speaking during the presentation Dr Lucas Katera of REPOA stressed that it was high time politicians and officials support the national tax administration as it clarifies the connection between tax reform and decentralisation policies.

“If the national government truly aims to pursue fiscal decentralisation by devolving tax and spending powers to lower levels of government, a minimum degree of autonomy for sub-national governments over own revenue generation and expenditures is required,” he insisted.

Concerning a fall of collection of revenue at the local level, Dr Katera was of the view that the drop has been attributed to the transfer of some Local Authority revenue sources to the Central Government - including property tax and crop levies to mention but a few.

The Controller and Auditor General’s report also shows that revenue collections at the local level dropped from Sh 628 billion in 2015/16 (equivalent to 90 per cent of set collection target) to Sh 523.56 billion in 2016/ (83 per cent of target). The Government under-disbursed capital grants to 167 local government authorities (LGAs) by 51 per cent in the 2016/17 financial year. The government also over-disbursed development grants to 14 LGAs and only 28 per cent of the budget allocated for development projects was spent by the LGAs during the financial year audited.

Moreover, the Government Auditor also revealed that 36 per cent of the capital grants that were received by 168 LGAs remained unspent. As a result, unspent funds increased from Sh197.61 billion in the 2015/16 financial year to Sh260.85 billion in 2016/17. Also, 60 projects valued at Sh782.47 million had been completed in 13 LGAs - but they were not put into effective use."

Giving her synopsis, Dr Annette Mummert from the German technical cooperation agency, GIZ, counselled that the country needs to think beyond efficiency gains in revenue collection and stressed that there is room to widen the tax base. She also advised the need to bridge information gaps with better information sharing between Tanzania Revenue Authority (TRA) and LGAs with the coordination of the President’s Office – Regional Administration of Local Government (PO-RALG).

She further emphasised that frequent changes in the legal framework increase uncertainty and undermines adaptation of administrative procedures which shrink revenue base of LGAs. Broadening of fees might not compensate for centralization of taxes but might increase the unpredictability of budgets for LGAs in view of the current unsatisfactory remittance of centrally-collected revenues and fiscal transfer practices by central government.

She observed, furthermore, that TRA has become a catalyst for improvements in collection methods at the local level by introducing new digital technologies. “The TRA has contributed to a drop in the degree to which local elites evade property taxes. However, in contrast to the municipal staff, TRA has limited knowledge about the local property tax base,” she said adding that the TRA is not well placed to connect property tax compliance with improved local services.