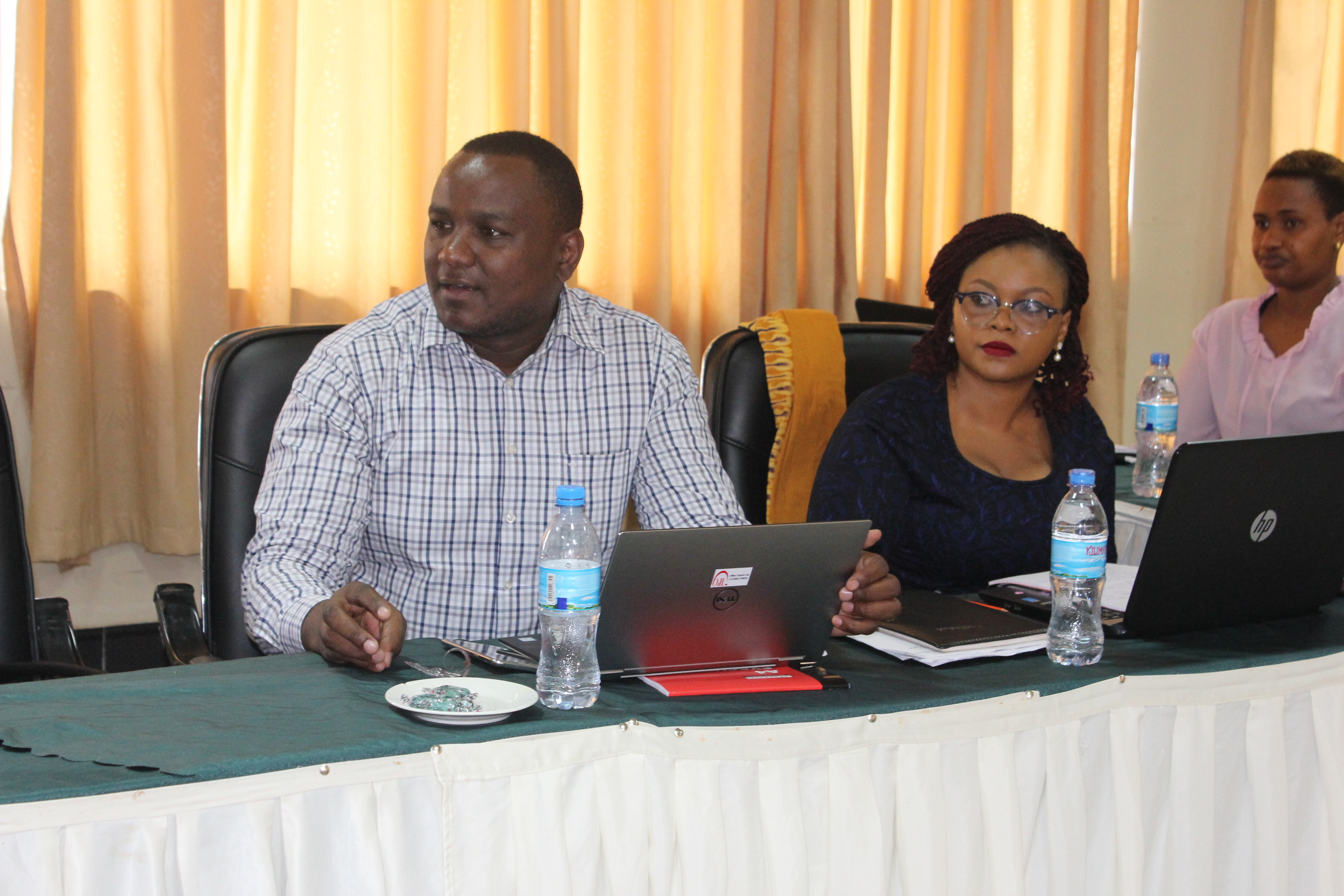 For a country like Tanzania to meet its inclusive development objectives and realistically fund essential services such as provision of clean and safe water, healthcare, education and infrastructure, it needs reliable sources of own revenue including from taxes. Moreover, an economy needs a tax policy that redistributes wealth to address inequality including redressing gender gaps within society. To achieve all this through taxation, the revenue system should encourage an environment where businesses thrive and citizens flourish economically, and whereby the its administrative systems are transparent, accountable, fair and efficient.

We, the members of the Tanzania Tax Justice Coalition, a loose coalition of Civil Society Organizations interested in advocating for a reliable, just and transparent tax system in Tanzania, would like to share our views on the current trend in domestic revenue mobilization and suggest alternative options that could be adopted to reduce donor dependency through effective mobilization of domestic resources.

We boldly commend the fifth phase government’s drive to mobilize adequate financial resources domestically and welcome its forward-looking in this area with the President’s constant emphasis on taxpayer compliance. We agree that there is a strong commitment by the government to improve collection of domestic revenue and in turn make planning more realistic and meaningful.

To achieve this seemingly daunting but realistic ambition, the government has been emphatic in calling for the use of electronic fiscal devices for transactions to avoid leakages of revenue. It is important to note, however, that in some instances the recent enforcement of tax compliance has been overzealous, resulting in expressions of grievance from the business community. We encourage increased voluntary compliance through better taxpayer appreciation of the rationale for taxation, clarity and simplification of payment methods so as not to impact negatively on the business climate and confidence.

The national budget being proposed is the third under the Fifth Phase Government intending to finance the third year of the implementation of the Second Five Year Development Plan (FYDP II) which runs till 2020/21 putting emphasis on heavy investments in infrastructure to transform the country to an industry-based economy. Budget execution, however, continued to see sluggishness in the 2017/18 period as was the case in the previous financial year and revenue targets have fallen short. The development plan envisages growth driven by a vibrant private sector, but the business climate will need improvement if unemployment particularly of youth is to be tackled effectively.

Of much interest in this upcoming national budget is the government intention to source over 60% of the overall budget locally. Domestic revenues are expected at TZS 22.1 trillion; with tax revenue, non-tax revenue and LGAs own sources contributing TZS 18.9 trillion, TZS 2.4 trillion and TZS 0.8 trillion, respectively.

Donor contribution in the 2018/19 budget is expected to be only TZS 3.7 trillion with grants taking TZS 0.9 trillion and TZS 2.2 trillion as concessional loans. Total contribution by donors is therefore expected at 12% of the total government’s budget, a commendable and bold move by the government manifesting the political will and commitment to reduce dependence in financing development.

It is irrefutable that both the number of taxpayers and tax revenues have significantly increased between 2015/2016 and 2018/2019 fiscal years. For instance, the increase between July 2015 and July 2016 was from 6.44 to 7.27 trillion equals to 12.7 percent. There was a significant increase in the per-month tax collection between 2015 and 2016. For instance, compared to August 2015, August 2016 had a 25. 01% increase. These trends have been partly associated with tax collection measures, which the fifth term government has been taking since its inception.

Apart from taking a stock of the taxpayers and their location, provision of tax education, and enhancing systems for tax records’ management; there have been notable changes in taxation rules some of which have raised some satisfaction among business operators. The groups that seem to be most affected by these changes include newly established businesses, especially the micro and small enterprises, that were recently mobilized to formalise. Many of these businesses are owned by women and youth whose start-up capital is mobilised from own, family, and short-term micro-financing sources.

The recent efforts to improve tax administration for reduced compliance and facilitation of taxpayer education including raising awareness of their obligations and liabilities are well noted. Despite these, more still needs to be done to enhance cooperation of the taxpayer and improve the integrity of the tax collection system.

Anecdotes, analysts, and studies report frustrations associated with perceived unfair tax estimates, aggressive or heavy-handed tax collection practices and combative interactions between the taxpayers and Tanzania Revenue Authority (TRA) personnel that have resulted in the closure of businesses. For instance, the study by the Tanzania Private Sector Foundation (TPSF) found that 4,640 businesses were closed due to such reasons. In some of the areas such as Songwe and Makambako, many micro business operators are reported to have fled and are now operating businesses in neighbouring countries due to the fear of unaffordable tax burdens, severe tax-associated penalties and threats from tax and police officers.

This coalition advocates for a fairer tax system for all and therefore it is important to ensure that the existing taxation regime puts into account the negative impact of any approach that it uses and is proactive to adjusting accordingly. Registering new taxpayers must go together with retaining the existing ones.

It is also important to appreciate that when taxpayers challenge or question the TRA with regards to their estimates and practices, they are not only exercising their rights but are in the process furnishing important feedback to the authority on approach used and demanding justifications and explanations for decisions taken, which is important in understanding their tax obligations. It is crucial, therefore, that they are treated with the same esteem as all other taxpayers.

Check the disincentives to formalise and pay taxes

An expanded tax base is a critical pre-condition for economic growth and increasing government capacity to deliver better services but will do little without well-reasoned, fair and incentivising practices and an enabling environment, which has not always been forthcoming of late in Tanzania. The World Bank’s 2018 Doing Business report cites Tanzania as holding 137th place out of 190 nations and difficulty in paying taxes was mentioned as one of the major impediments.

For instance, the recent notice by the Higher Education Students Loans Board (HESBL) that students whose parents possess business licenses do not qualify for loans is likely to be suggestive to many Tanzanians with informal businesses that staving off formalisation is better as there are few or no incentives for doing so. These unprecedented decisions raise questions whether the environment motivates individuals to register and pay tax.

Enhance capacities: Continue to strengthen the institutional capacity of Tanzania Revenue Authority to collect taxes through the modernisation of its tax system through further improvement of the Integrated Domestic Revenue Administration System (IDRAS) and providing financial resources and technical support to the officers of TRA to implement their roles.

Enhance clarity, criteria and education of taxpayer’s obligations: The TRA should put in place clear rules and explain comprehensively the criteria for tax obligation assessment that should be able to consider factors such as type and size of business, years in business, performance, and the change in operating environment. The taxpayer should be able to access the information on their liabilities and the appeals procedures. Further, TRA together with other stakeholders should work together to support taxpayer assistance and educational programs (e.g. the use of Electronic Fiscal Device [EFD] for Small and Medium Enterprises).

Improve cooperative compliance: The TRA should appreciate taxpayers’ challenges on tax obligation assessments and practices as part of the democratic process, client feedback and social contract between government on one hand, and citizens and small enterprises on the other. Citizens and businesses are key allies for the current domestic resource mobilisation agenda and for sustained reforms in tax policy. In the context of limited financial resource to enforce compliance, the incentive for TRA is that mutual respect, trust and appreciation will help improve taxpayer conduct and attract new investments.

Improve overall business environment: Much more than simplification of the tax paying system is needed to improve the business climate. Business operators still lament the excessive permits and licenses that increase their cost of doing business and hence need to be discarded.