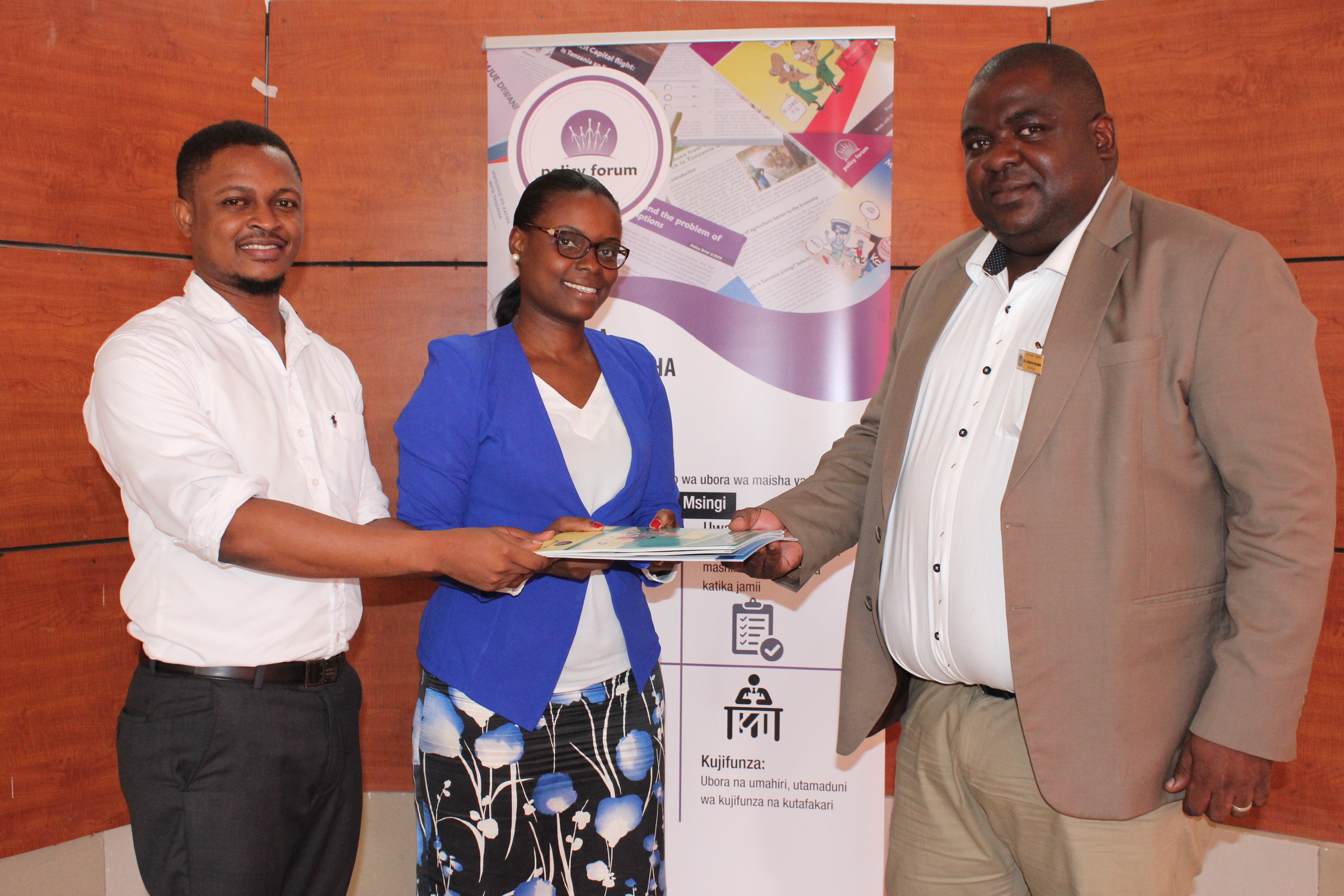 Tanzania is among the countries that adopted the 2030 Agenda on Sustainable Development Goals (SDGs) and translating the same to its own development initiatives  such as the Development Vision 2025  and the Five Year Development Plan II (2016/17 – 2020/21).

Tanzania implements the SDGs through a number of its government organs including the  Ministry of Finance and Planning (MoFP), The National Bureau of Statistics (NBS), the Planning Commission, and the President’s Office Regional Administration and Local Government (PO-RALG) and the National Parliament. Civil Society Organisations and the private sector are also involved in attaining the SDGs.

Supporting the agenda, Policy Forum has been engaging with the government institutions such as  the President’s Office Regional Administration and Local Government (PO-RALG) particularly in advocating for transparency, equitable use of public money and an increased Domestic Resource Mob,ilization at both local and national levels.

On March the 12th 2018, Policy Forum in partnership with the Tanzania Sustainable Development Platform (TSDP) which is co-convened by United Nations Association of Tanzania (UNA) and Africa Philanthropic Foundation, conducted a two days training to 20 PO-RALG representatives in Dodoma, on the Implementation and Achievement of Sustainable Development Goals Agenda 2030.

Stephen Chacha from TSDP highlighted on  the CSOs implementation of SDGs, gave a glimpse of the transition from Millenium Development Goals (MDGs) to SDGs and the interrelation and the alignment between FYDP II and SDGs and other macro policies such as Tanzania Development Vision 2025 and MKUKUTA II; one among the objectives of the FYDP II is to ensure global and regional agreements (e.g. Africa Agenda 2063 and SDGs) are adequately mainstreamed into the national development planning and implementation frameworks for the benefit of the country.

Reynald Maeda from UNA stressed on the challenge of Data Coherence between Government Institutions and it is highly important that it is addressed. The National Bureau of Statistics (NBS) provides the core statistics and data that are critical for the monitoring and evaluation of FYDP II and also has been the principal organ in the national data provision but the data that is produced by the NBS varies from that of Ministry of Finance and Planning and PO-RALG which is the key implementor of FYDP II and SDGs at regional and district level.

However, William Ghumpi from the Poverty Eradication department of the Ministry of Finance and Planning provided an overview of  the Tanzania Baseline Report on the SDGs to be presented at the High Level Political Forum in July 2018 in New York , USA.

Ghumpi accentuated that Tanzania will also continue to mainstream the regional and global development frameworks  at the sector and local levels as we implement our national development, growth and poverty reduction plans and programmes.

Moreover, the Director of the Division of Basic Education (PO-RALG), Paulina Mkwama emphasized that there is a strong linkage between the FYDP II and SDGs and also stressed that the SDGs are being implemented in our day to day activities but there is exertion in identifying what goals are being addressed as she  further stressed on the importance of the training that was conducted by Policy Forum.

To ensure that ‘No one is left behind’, Policy Forum has pledged to work closely with PO-RALG to make sure that information is timely shared between different stakeholders and that it reaches the regional and district level.