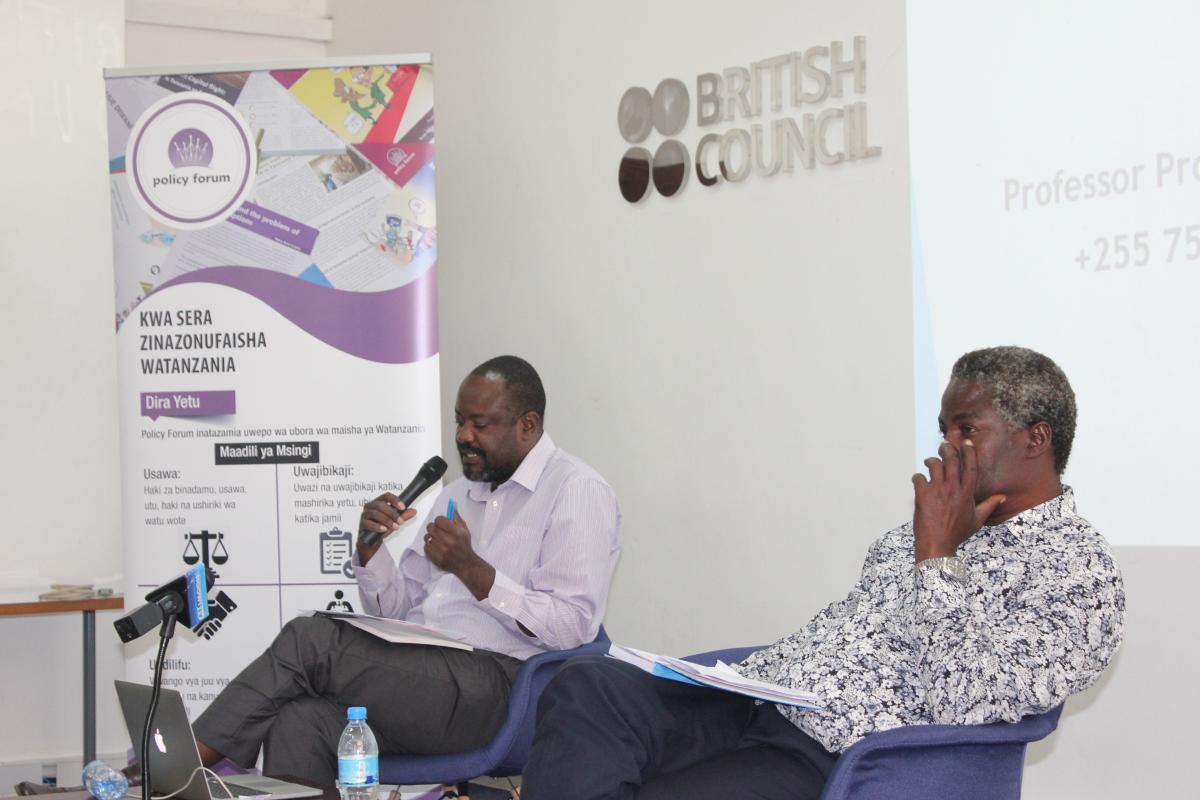 Although Tanzania is now acknowledged as one of the fastest growing economies in the world, this progress has not translated to major changes in the lives of ordinary Tanzanians. The reasons for this are many but tax incentives, tax evasion and avoidance and illicit capital flows to tax havens have been pinpointed as some of the factors that limit the country from raising adequate funds to improve service delivery. This is in tandem with the trajectory in Africa where it is estimated that many countries, relative to the size of their economies, lose more in corporate tax evasion than countries anywhere else in the world.

At a presentation entitled “Lifting the Veil of Secrecy: International Taxation and Capital Flight from Africa”, delivered by the Lead Professor in Economics from the Mzumbe University, Prof. Honest Prosper Ngowi at the Policy Forum Breakfast Debate held on 26th January 2018, he called for joint efforts from all key stakeholders including the media, civil societies and the international community to raise alarm on the issue. He said that studies show at least 30 per cent of all financial wealth held by Africans was illegally stashed in offshore tax havens across the world.

Commenting on the fight against tax incentives Prof. Ngowi lamented its abuse by beneficiaries. Citing the Controller and Auditor General 2015/16 Report, he said it singled out a case in which no documentation was provided for 4.2million liters of oil transported from Dar es Salaam between October 2014 and December 2015 for use in mines in Buzwagi, Bulyankulu and Geita and cases of the similar nature.

“Tax incentives are actually at the least of investor’s priorities, the top most priority is predictability of the investment environment.” highlighted the director of Natural Resource Governance Institute - Africa (NRGI) Silas Olan’g who was the discussant of the debate.

Furthermore, Olan’g acclaimed the book for highlighting the various loopholes that lead to the loss of revenues and critically stressed that Tanzania suffers severely from the fiscal terms that allow indefinite loss carry forward. He also questioned the silence of the international community and the UN on intense issues such as tax invasions and capital flight.

Prof. Semboja, however, said that tax incentives were beneficial to the government because they are well articulated in the Tanzanian tax laws. He said that among others tax incentives were attracting larger foreign and local investors in the country, who in turn encourage production, employment, and pay revenues to the government, among other benefits.

The Government of the United Republic of Tanzania and other African nations were urged to review their policies on tax incentives because a number of them are being abused and shortchanging the treasury.

On tax literacy in Africa, stakeholders considered it low whereby a large proportion of the economic active citizens in Africa, including Tanzania belong to the informal sector, and the technicality of paying taxes is quite complicated and difficult for them to understand.

Prof. Ngowi noted that although revenue administrations in some countries including Rwanda, South Africa and Tanzania have undertaken vigorous taxpayer education interventions, they still had a limited outreach as they have been mainly concentrated in the urban centres.