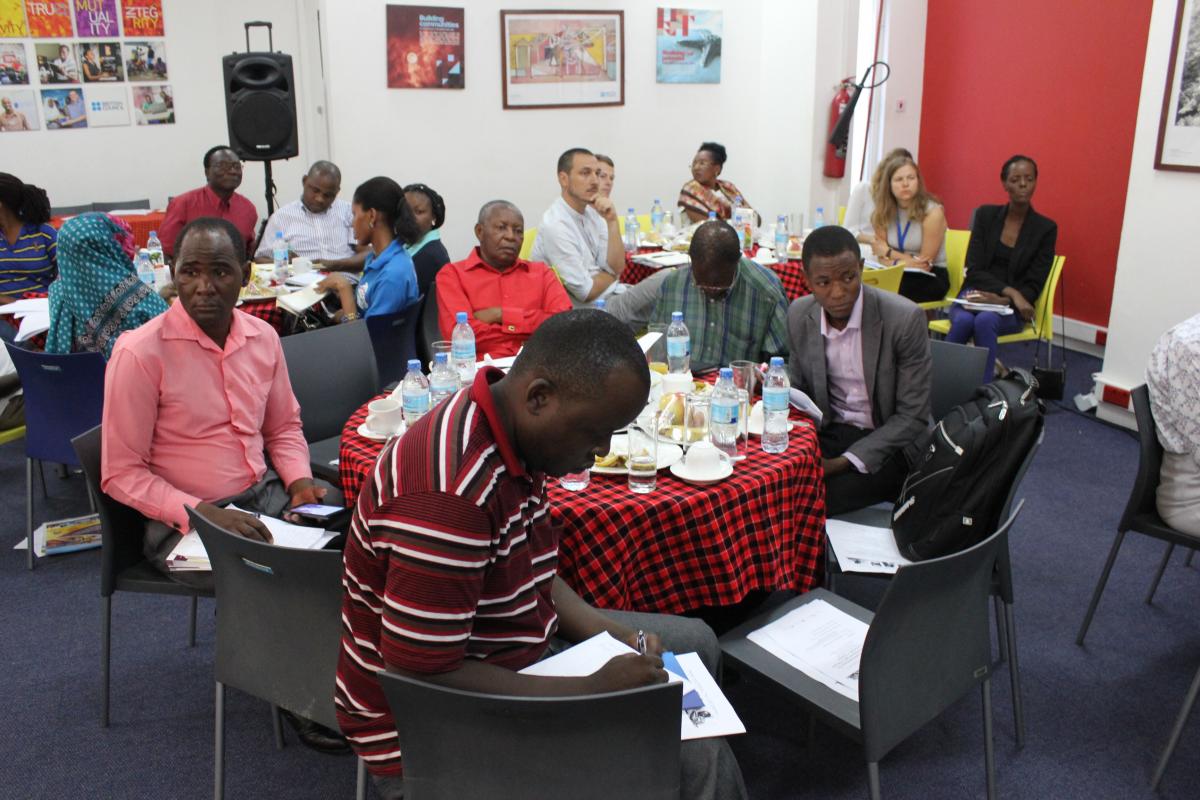 Article 20 (1) of the Constitution of United Republic of Tanzania stipulates that every person has the freedom to assemble and express views publicly or through associations /organizations. Although the mother law recognizes the right to assemble, there are still some political decisions which infringe the right to assemble peacefully in the country.  This sentiment was expressed during the monthly Breakfast Debate entitled Freedom of Assembly: Supplementing the voice of the citizens to contribute to the evolution of governance held on the 27th October 2017 at British Council Dar es salaam.

Presenting on the topic, Elizabeth Martin Mhagama from Tanzania center of Democracy (TCD) urged political leaders to respect and observe the law because they swore to protect and defend the constitution when they were elected including the right of the public to assemble as an underpinning pillar of democracy and pluralism in the country.

It was also highlighted that the rights of citizens to assemble should not be considered a mere favour that the government grants to its people as to participate in the democratic processes, associate common causes and demand accountability from the leaders they have elected are actions that enable growth of open and inclusive societies.

Non-Government Organizations were also urged to come together and review existing laws that limit freedom of association in Tanzania. It was believed that the move will enable all NGOs to share their views and to develop strategies and actions to protect freedom of assembly as well as freedom of expression.

The discussion ended by participants beseeching the government to realize the importance of enabling people to assemble and urged it to protect this right by providing security during their public convening.

In recent years there have been concerns that authorities in Tanzania have been banning peaceful assembly by political parties and civil society without satisfactory justification. The Breakfast Debate sought to offer space for commentators to discuss the issue and air their concerns regarding the impact of this shrinking political and civic space.