Sustaining the Stop the Bleeding Campaign: Follow-up Meeting with MPs 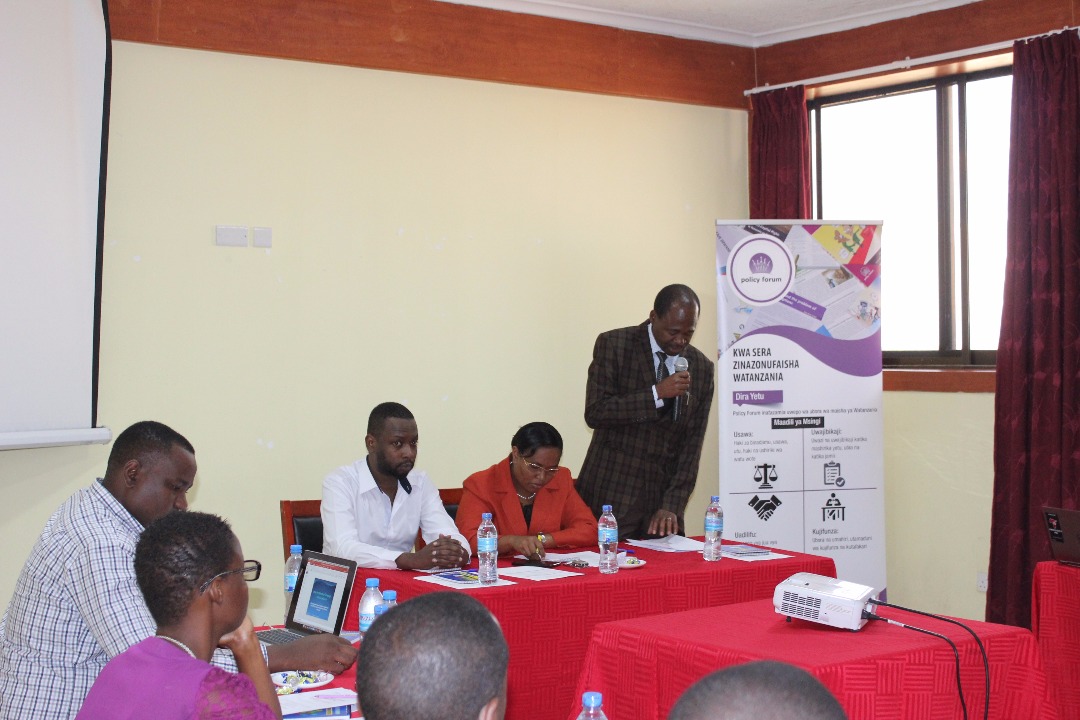 People living in extreme poverty hesitate to pay taxes for their development because they think that the government fails to fulfil its responsibility of solving their development challenges. The challenges include poor infrastructure, lack of medical care in the village dispensaries, poor education system and lack of clean water. That is said today in Dodoma by Hon. Mendrad Kigola (MP) during the follow-up meeting of the stop the bleeding campaign coordinated by Policy Forum (PF) in collaboration with Tanzania Tax Justice Coalition (TTJC).

Stop the bleeding campaign was launched in 2016 in Dodoma with the aim of calling for informed actions and political will by the government to put in place interventions that will reduce and eventually stop all acts that contribute to loss of resources from our country.

A number of studies indicate that African countries including Tanzania lose significant amount of revenues every year as a result of harmful tax incentives, illicit financial flows and secrecy in contracts. Some of these studies include;

The campaign had the key recommendations to the government which include:

Provision of tax incentives only on the basis of a thorough cost-benefit analysis, including an assessment of the impact on poor people and vulnerable groups. The government should ensure that corporate tax incentives are audited to check that the investment for which an incentive is offered has actually been carried out. Tanzania Revenue Authority capacity should be strengthened to collect taxes through providing financial resources and technical capacity. The government should invest more in other measures such as enabling environments and political stability to attract Foreign Direct Investment (FDI) than giving unnecessary incentives. The government should end harmful tax treaties that limit the ability for Tanzania to raise revenue to fund quality public service delivery.

Presenting achievements made by the government and legislators since 2016, Nicholas Lekule (PF’s Budget and Policy Analyst) said that “Informed discussion in the Parliament on tax incentives including the powers to grant incentives has increased and more MPs are now familiar and conversant with the agenda”. There is also a positive move by the government and decision makers to call for contract transparency in the extractive industries as well as enactment and review of laws governing extractive investments.

Contributing in the discussion Hon. Amb. Adadi Rajabu (MP) advised the government to effectively train officials who are responsible for negotiating extractive contacts because the multination companies know how to avoid paying taxes.

Members agreed that a summary of what has transpired in the meeting should be recorded by Policy Forum and submitted to Hon. Job Ndugai Speaker of the National Assembly.