Natural Resource Governance Index 2017: What is Tanzania’s standing in the global rankings for Oil, Gas and Minerals Transparency? 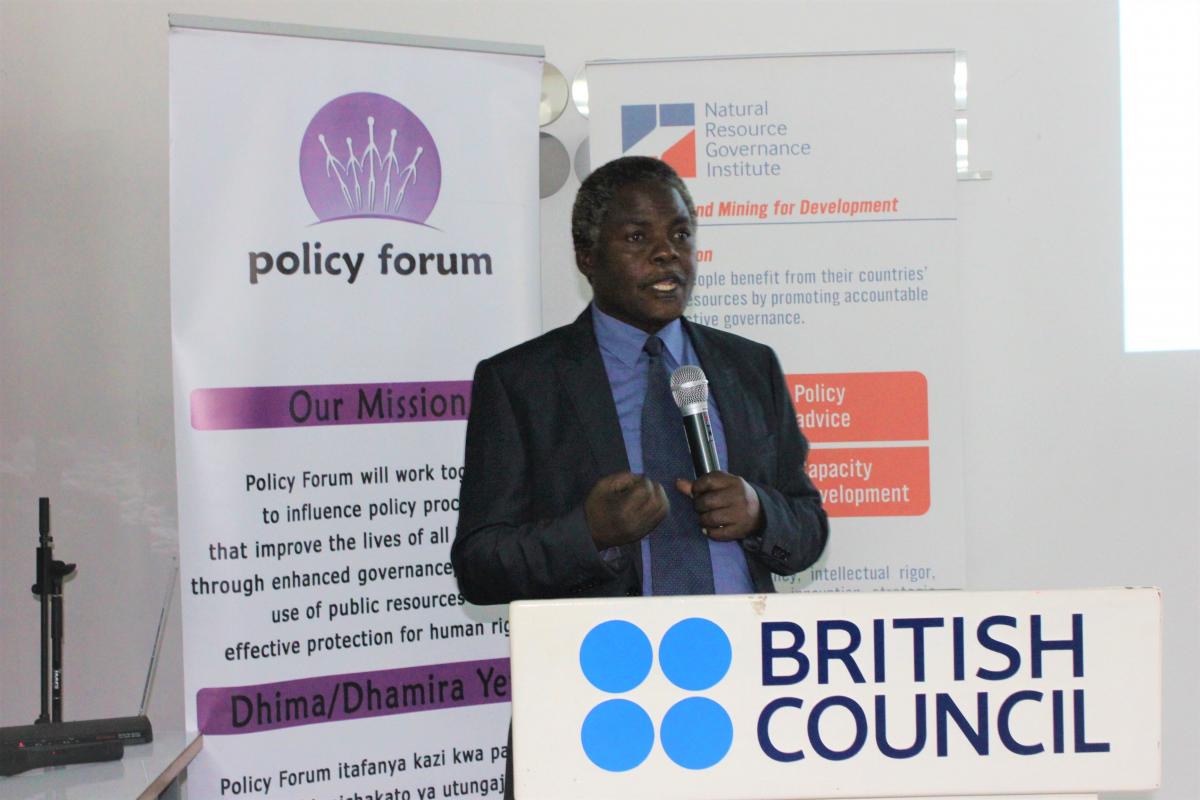 Although Tanzania has a mature mining industry and is Africa’s fourth-largest gold producer with revenues constituting 80% of the extractive industries’ 12% contribution to Tanzanian government revenues  based on data collected during 2016, the country scores 49 of 100 points and ranks 42nd  among 89 country assessments in the 2017 Resource Governance Index (RGI) on governance in the sector.

In his presentation, Olan’g stressed that most countries still face daunting governance challenges and tend to find natural resources a curse due to the shortcomings that appear in the monitoring of the oil, gas and mineral sectors.

He said that concerns over equitable distribution of benefits between investors, the government and local communities have led the Tanzanian government to begin taking solid steps towards improving governance and transparency. Some of these measures, such as improved access to sector data, are captured by this assessment. Others, such as renegotiation of contracts, are not. The results point to a need to close the gap between legal requirements and enforcement across several areas, and more specifically, to address shortcomings in licensing and state-owned enterprise (SOE) governance

On hydrocarbons, he said that many countries extracting the resource, revenues come from the sale of oil by the international oil company. These transactions have proven susceptible to corruption in many countries, and the selection of buyers and prices will determine whether the country gets a good return from their resources. However, the sales are often conducted in secret and with limited oversight.

Silas Olan’g said that The 2017 RGI can be used by policymakers, civil society and experts to benchmark countries against best practice, global leaders, regional or other peers and also enables focusing efforts of governance reform by identifying gaps.

Expounding the legal dilemmas facing the extractive industry in the country, Hon. John Momose Cheyo Former Public Accounts Committee Chairperson- Parliament of Tanzania claimed urged the government to draft or amend existing statutes to suit current problems that the sector is facing. He also opposed a move by state to table new extractive Bills under certificate of urgency.

He further argued that, the external influence in the mining, oil and gas sectors cannot be overruled with reference to the Acacia Mining Saga (Acacia operates three gold mines in Tanzania: Bulyanhulu, Buzwagi and North Mara and the Tanzanian government in March 2017 imposed a ban on all unprocessed gold and copper concentrate exports, and report from June allegations follow the publication of a first investigation into Acacia’s mining in Tanzania that alleged Acacia had under-reported by more than 10 times the level of concentrate  exports while Acacia strongly rejects accusations of Tanzanian government).

Prof. Sufiani Hemed Bukurura, a Principal Researcher pointed that “a glaring omission seems to be lack of information on the extent to which external forces affect or negatively influence resource extraction outcomes”. He emphasized that there’s a lot to learn from the 2017 Resource Governance Index but more details need to be filtered from detailed qualitative materials. Prof. Bukurura also stressed that there is a yawning gap between policy, legal requirements and implementation in the Oil, gas and mining sector.