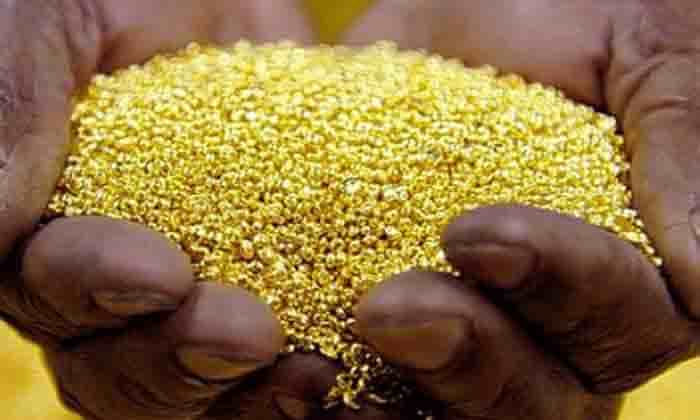 Recently, the President of the United Republic of Tanzania, Dr. John Pombe Magufuli  constituted two high level committees of experts tasked with investigating potential under declaration of mineral content in the exportation of unprocessed mineral concentrates and ores largely from Bulyanhulu and Buzwagi mines both owned by Acacia Mining Plc and to provide recommendations on how to handle the subsector. Further, the committees were tasked to examine the fiscal aspects of the mining regime. The findings presented thereafter led to a meeting with the Barrick Executive Chairman Prof. Mr John P. Thornton, owners of Acacia, which has now opened negotiations with the government.

Having closely followed these events and reactions from various quarters with keen interest, we, the undersigned platform of Civil Society Organizations (CSOs) of HakiRasilimali – PWYP working on extractive industry advocacy, wish to communicate our position on the matter.

We have reviewed the two summary reports and are in support of some of the recommendations made by the respective committees which build on previous similar counsel and hence OBSERVE as follows:

1.    WE COMMEND the President Dr. John Pombe Magufuli for his leadership, courage and boldness in bringing back the debate on Tanzania's natural resource management to national attention, public discourse and for his call to initiate a process of reviewing extractive industry-related legislation.
2.    We REITERATE that citizens have a fundamental right to obtain explanations and justifications from duty-bearers entrusted with the responsibility for managing their natural resources. This right to social accountability, conversely, requires duty-bearers to provide justifications regarding the decisions they make on mineral extraction throughout the value chain. This entails disclosure of all extractives contracts which should be made accessible to the public via the Ministry of Energy & Minerals' website. If future such agreements are not to be discredited, secrecy on these matters have to be discontinued as they exacerbate citizens’ mistrust of those entrusted with management of the resources.
3.    We UNDERSTAND that extraction of resources involves complex decisions, trade-offs and long-term commitments. These decisions will be more credible, help manage expectations and avoid destructive and dangerous state of confusion if citizens understand the economic rationale behind them.

4.    We CALL UPON robust and efficient legal, fiscal and regulatory reforms which will include the following:
a.    A fully functioning and independent TEITA framework including its Multi-stakeholder Group which respects CSO engagement and the value that civic actors bring to the process including enhancement of public understanding of government revenues from the extractive sectors and maintenance of realistic expectations.
b.    In light of the president’s call for review of legislation, we caution against a rushed process to amend existing laws (noting the norm that started as far back as 2010 with the Mining Act which has resulted in numerous bills passing the legislative process without adequate parliamentary and citizen scrutiny).
c.    There are now increased grounds for not only public disclosure in contracting but full participation of parliament in the contracting process. The legislation should provide for mechanisms for parliamentary scrutiny and discussion of future agreements after the drafting and negotiation by the government in the extractive industry to make it difficult to exploit any systemic weaknesses within the executive branches of the state. Ratification of the MDAs and other such agreements by parliament would have ensured that representatives of citizens had ample time to discuss the merits of the contracts before they came to effect and was another way of bringing the agreements to the public domain.
d.    Transfer mispricing issues which has the cross hairs of tax policy as it relates to the competing objectives of three parties: the revenue-maximizing objective of the domestic tax authority, the revenue-maximizing objective of the foreign tax authority and the tax-minimizing objective of the taxpayer. We urge the government to investigate if there are any cases of transfer mispricing in the transactions between Barrick, Acacia and all its subsidiaries. And if any cases were involved, such transactions should be reversed and Barrick and Acacia compelled to pay the due taxes.
e.    HakiRasilimali - PWYP believes that management of natural resources is not merely about collecting revenues but also sees the larger picture of the value addition as important. The various extractive industries value chains in their entirety will be a major driver for inclusive growth through linkages with other sectors of the economy and job creation only if they will be factored in future reforms. For this reason, we welcome the government’s insistence on in country smelting where economically viable and discouraging importation of semi-processed mineral products in the country.
Although these bold decisions by the president come late, they help shape future discussions in relation to the mining sector. In execution of the recommendation by the teams of experts, however, HakiRasilimali – PWYP URGES the government to be mindful of the following issues that could present legal conundrums in the future:
f.    International legal commitments that the government is bound with guaranteeing companies protection from nationalisation and safeguards against retrospective legal applications;
g.    The need to continue being an investor friendly country where both the investor and government engage in a win-win situation.
h.    The need for an open and consultative process of revoking the existing legal framework and fiscal regime.

Note: HakiRasilimali is a platform of Civil Society Organizations (CSOs) incorporated as a non-profit company under the Companies Act of 2002, working on strategic issues around minerals, oil and gas extraction in Tanzania. HakiRasilimali is affiliated to Publish What You Pay (PWYP), a global membership-based coalition of civil society organizations (CSOs) in over forty countries united in their call for an open and accountable extractive sector. (Members: Action for Democracy and Local Governance, Governance Links, Governance and Economic Policy Centre, ONGEA, HakiMadini, Tanganyika Law Society and Policy Forum. Partner: Interfaith Standing Committee on Economic Justice and Integrity of Creation).