What has happened since the 2016 launch of the Stop the Bleeding Campaign? 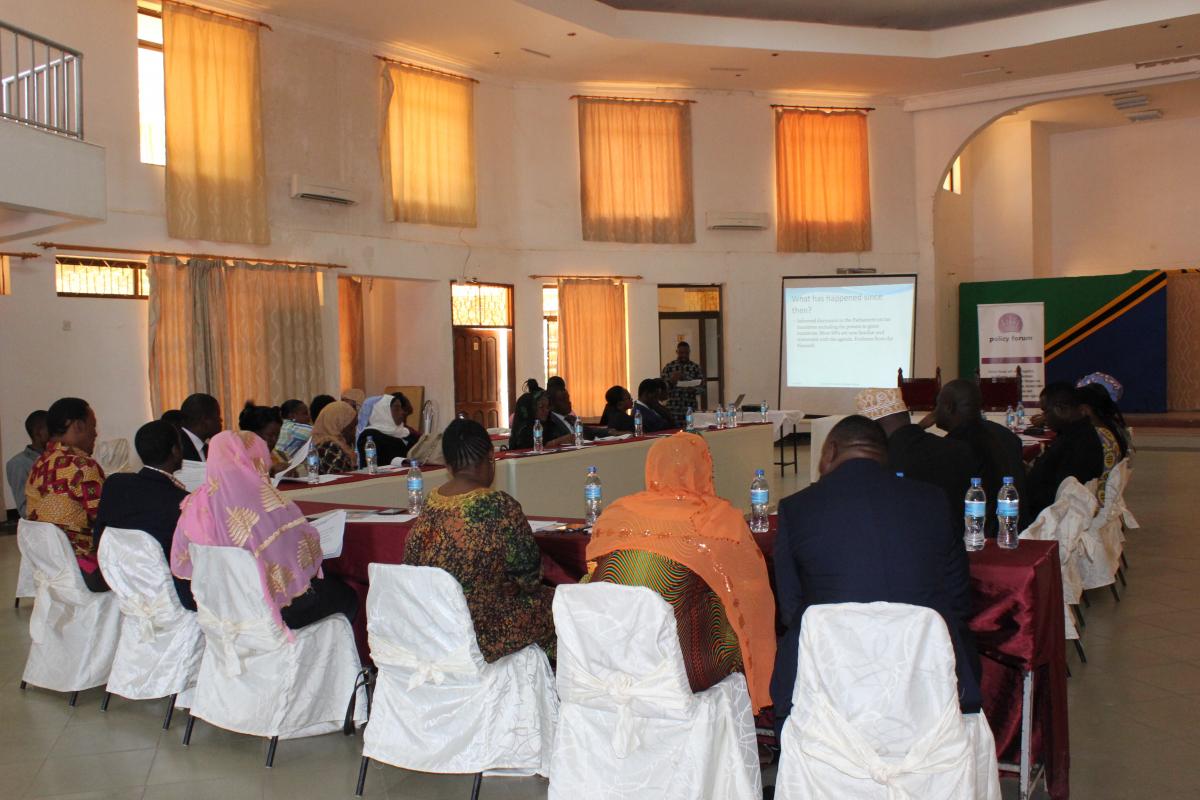 In 2016, Policy Forum (PF) in collaboration with Tanzania Tax Justice Coalition (TTJC) organized the launch of the Stop The Bleeding (STB) campaign aimed to trigger informed actions and enhance political will to put in place interventions that will reduce and eventually stop acts that lead to loss and flight of public resources from the country. The campaign took place in Dodoma and comprised of members of the African Parliamentarians Network Against Corruption (APNAC) and other stakeholders.

To discuss what have happened since the 2016 STB engagement, on 8 June 2017, PF joined efforts with members of the TTJC and organized a follow-up session with invited APNAC members.

Outlining achievements of the campaign, Israel Ilunde (member of TTJC) argued that compared to other East African Countries (EAC), Tanzania has been acting faster to address harmful tax incentives. He cited tax policy changes that led to increase in the tax base and omission of several harful tax exemptions.

Ilunde claimed that,there are more informed discussions in the Parliament on tax incentives, including the powers to grant them and that MPs are now more familiar with the agenda. Furthermore, most of the government’s strategic documents emphasize on the need to mobilize domestic resources and show the rationale of curbing harmful incentives including unnecessary tax exemptions. He mentioned some of the government strategic documents such as the Five Year Development Plan (FYDP II) and 2017/18 Budget Speech by the Minister for finance.

However, it was observed that despite the amount of policy documents the government has, if they are not fully implemented especially in the areas where most revenue is lost, the country will continue to lose public resources and there will be a less positive impact especially in service delivery improvements.  For instance, the study done by The Interfaith Standing Committee on Economic Justice and the Integrity of Creation (ISCEJIC) shows that the country is losing $ 1.83 billion (Sh 4.09 trillion) annually from tax incentives, illicit capital flight and the failure to tax informal sectors.

On the other hand, the government was urged to work in partnership with other stakeholders such as CSOs that are working towards the same goal.