Domestication of the AMV: government pledges to consider recommendations from Tanzanian stakeholders 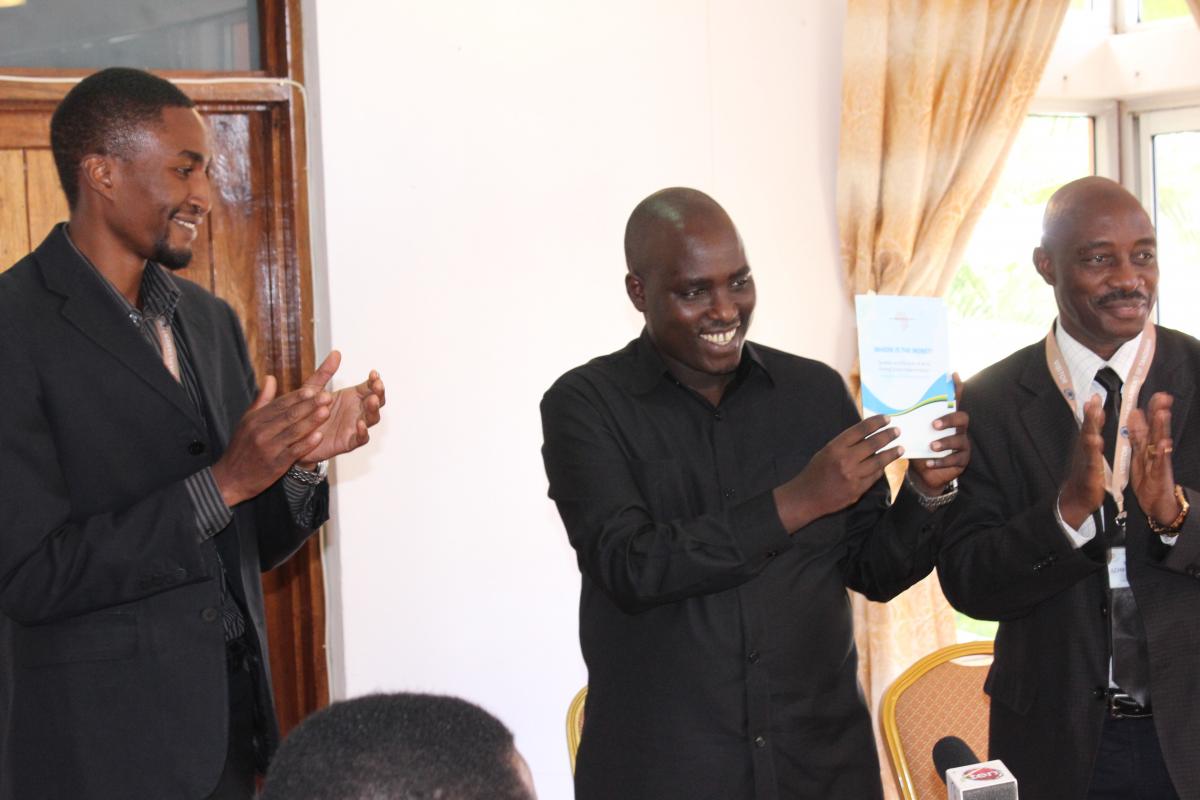 The government has pledged to consider recommendations suggested by the study entitled, Where is the Money?  Taxation and the state of Africa Mining Vision  (AMV) implementation: A case study of Tanzania and East Africa. The Commissioner of Minerals Eng. Ally Samaje made the promise during the National Launch of Africa Mining Vision Study on Tanzania organized by Policy Forum in collaboration with Tax Justice Network- Africa, Tanzania Tax Justice Coalition and HakiRasilimali on May 15, 2017, Dodoma.

Eng. Samaje clarified, “the government is working on domesticating Africa Mining Vision whereby the recommendations will be translated into the policies and legal framework to make sure that the country is getting sufficient benefit from the extraction of the resources”. He further urged stakeholders to conduct a study on the implementation of the AMV in other African countries that are successful in domesticating the vision with a purpose of showing lessons and gaps that the country can learn.

During the discussion, it was noted that the country is not getting enough revenues from the extractive industry. This is caused by the presence of illicit financial flows and transfer pricing in the mining sector. To curb the problem, a member of the Parliamentary Standing Committee on Minerals and Energy Hon. Innocent Bashungwa (MP) recommended the Ministry of Minerals and Energy to speed up the process of domesticating the AMV. He claimed that” the government has been talking about domesticating the AMV since 2011 but up to the moment, it has not done so”.

On the other hand, it was observed that the executive government makes mining investment decision without involving the Local Government Authorities (LGAs). This causes chaos in the community that owns the land and sometimes the LGAs fail to solve the problems because they don’t have enough information.

Chairperson of the Parliamentary Standing Committee on Minerals and Energy Hon. Doto Biteko said the committee will be confident to speak about implementation of the AMV because they have the information that have been well researched. He further encouraged CSOs to use their capacity to criticize systemic issues so as to improve the mining sector.

The study examined the fiscal regimes and revenue management frameworks in the country in order to:

Some of the study recommendations include: revisiting Double Taxation Agreements so as to develop robust systems to curb illicit financial flows from mining. Also, the government and CSOs need to work together to create public awareness about the AMV.