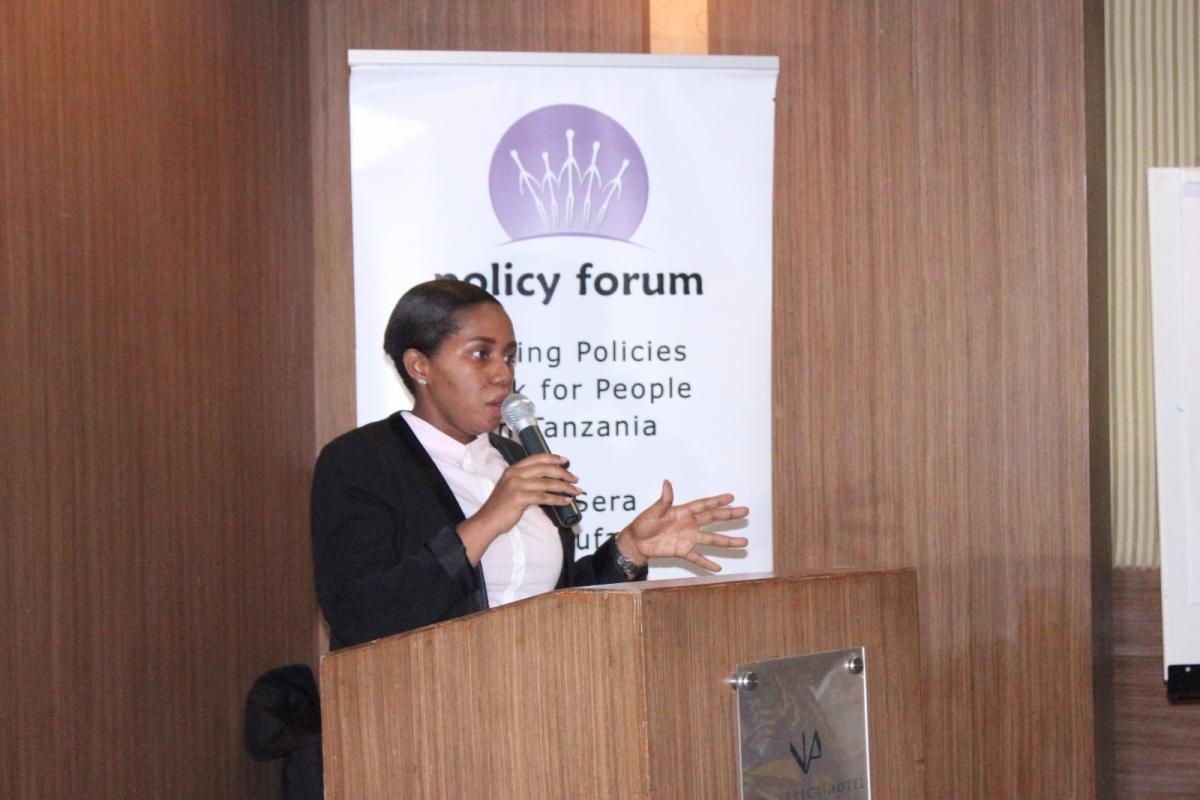 Stakeholders have commended the government for enacting the The Tanzania Extractive Industries (Transparency and Accountability) Act of 2015 and have called upon it to address some of the challenges such as the law properly addressing the issue of transfer pricing in the extractive sector and mentioning the kinds of sanctions to be given to companies involved in transfer pricing abuses.

They also advised that the law should have provisions for extractives companies to disclose all their affiliated companies. They also noted that the TEITA Act 2015 is silent on the explicit role of local authorities in the sector and the issue of corporate social responsibility. These were some of he issue raised during a breakfast debate organized by Policy Forum in collaboration with HakiRasilimali at New Africa Hotel on 24th February 2017.

Moreover, stakeholders recommended for a revenue tracking mechanism to be put in place that ensures that all income generated from the extractive sector benefits Tanzanians and information relating to the sector such as reports should be popularized in a friendly manner for the accessibility of ordinary citizens.

Ms. Alice Swai, a representative from Tanzania Extractive Industry Transparency Initiative (TEITI) Secretariat, said Tanzania is among the  countries which have legislated the Extractive Industry Transparency Initiative (EITI), a renowned extractive industry standard in the world geared towards promoting material information disclosure on the legal payments that extractive companies contribute to the government’s revenues.

In the discussion, Ms. Swai mentioned some of the objectives of the law as being  legislating  the EITI and  provide legal mandate for  TEITA Committee as an independent government entity, to improve transparency in the management of extractive sector, to strengthen the level of accountability in extractive companies and government entities and  to ensure compliance from reporting entities and adherence to EITI Standard.

During its one year of implementation among other things, she said the Act has managed to enhance reliability of data for extractive sector regarding payment, revenues, production, legal and fiscal regime, disclosure of names and shareholders who owns shares in mining, oil and gas companies, accessibility and reliability of data through the website, preparation to disclosure of contracts (MDAs and PSAs), increase of public debate and reporting in conformity to the global EITI Standard.

The Executive Director of Lawyers Environmental Action Team (LEAT), Dr. Rugemeleza Nshala,  however, challenged how the Act was passed by the members of parliament under the Certificate of Urgency which he said denied enough time for stakeholders to input in the law. Commenting on this, Hon. Cosato Chumi (MP) said as MPs they require a lot of information from stakeholders so that they come up with laws that are favorable to the public.

Mr. Simon Shayo, the Vice President of Geita Gold Mine said that in its one year of implementation, the law has created an obligatory environment under which companies, the government and other stakeholders are to report on their revenues to the public.