The National Budget 2015/16: Is government using the maximum of its available resources towards health and education? 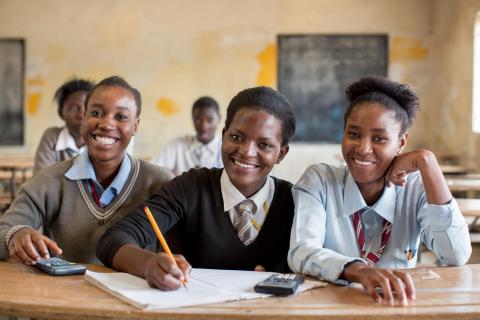 To confidently claim that the government is using the maximum of its available resources, the allocations have to be sufficient to address the available challenges. Looking and the Tanzania education budget for financial year 2015/16, the government still has not met the universal agreed standard of investment to the sector as the 17% allocation still falls short of the 20% of the National budget as stipulated in the Dakar EFA agreement and UNESCO’s  Global Education Forum.

This was said by Mwemezi Makumba, Programme Officer at Hakielimu during the Policy Forum breakfast debate held on the 29th of June 2015 at the British Council Auditorium titled “The National Budget 2015/16:  Is government using the maximum of its available resources towards health and education?”

Makumba said that although the government continues to give priority to the education sector above other sectors in terms of allocation by apportioning 3,887 billion of the total proposed 22,446 billion national budget (17%), in actual expenditures this was not the case.

He further argued that there was a huge mismatch between recurrent versus development budget execution with the latter falling short because of late or no disbursements in some cases. He stressed that it is difficult to confidently claim that we are using the maximum of our available resources to education when development budget allocation is underspent while recurrent spending on salaries, goods and services is utilized to a great extent. This means that a bulk of funds are being spent on consumptions that rarely extend beyond a fiscal year rather than the acquisition of assets that lay the groundwork for sustainability and growth in education, a sector that has seen neglect in many years.

Mwemezi also said that the education budget is implemented by too many Ministries, increasing the administrative costs and rising recurrent expenditures at the cost of development spending.

Mr. Robert Kasenene, the second presenter at the breakfast debate and arepresentative from United Nations Association of Tanzania (UNA-Tanzania), presented on “Budgeting for contraceptives in Tanzania: Will Investing in Family Planning accelerate economic growth?” and emphasized the importance of streamlining budgeting for Family Planning. He revealed that although this was relatively new in the Tanzania budget where the budget line for it was introduced in 2010, the annual financing needs are now estimated at Tsh. 20 billion for services and supplies whilst the spending from Government sources was still at Tsh. 2.5 billion pointing to a gap that needed to be filled soon as the need for FP services and contraceptives is growing at rate of between 2 to 3.5%.

Kasenene said that in light of such high birth rates, poverty and more dependents, healthcare costs were compounding abilities for women to adequately contribute to economic activity and output. This he therefore stressed required available and adequate Family Planning services and commodities giving users an opportunity to choose and have time to be productive in generating income.

Commenting on the presentations, the discussant Dr. Rufaro R. Chatora, theWorld Health Organization (WHO) Representative was more concerned as to why the national budget is seen to increase while the intended results are not met.

He recommended that the government look into raising sufficient resources to fund social sectors.