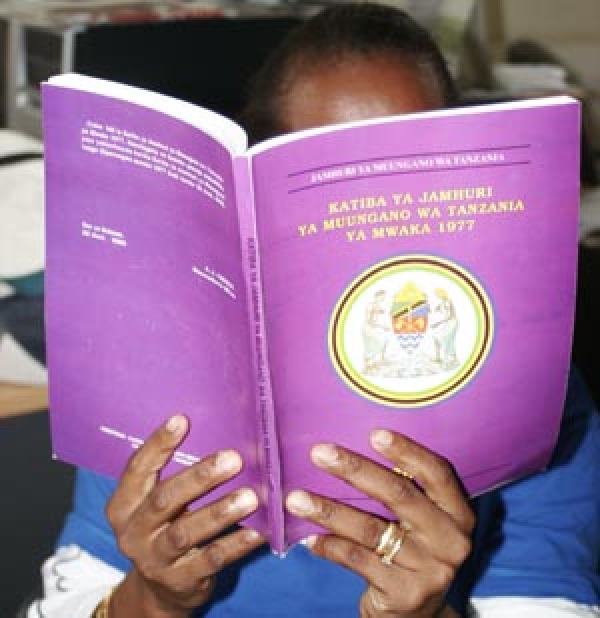 1. Use of English Language in the proposed bill. The bill could have been written in Kiswahili which is understood by all Tanzanians. More than 80% can neither speak nor read English. As such, it will be difficult for them to understand the legal technicalities used in the Constitutional Review Act. We recommend that the bill be written in Kiswahili Language.

3. The President is given enormous powers. The president has powers to appoint the Commission, issue Terms of Reference, Appoint secretary, Receiving the report and Analysis, to constitute the Constituent Assembly without regard to the present Parliament and the Constitution of the United Republic of Tanzania, 1977 to mention but a few.

4. Contradicting sections in the Bill. For instance, name of the bill Constitutional Review Act, 2011 does not reflect the idea of forming a New Constitution but rather implies amending the existing Constitution. There are no clear set objectives of the bill, repetition of various provisions like sections 9 and 17 and contradictory sections which are 23(3) and 26, 16 and 19. This waters down not only the spirit but also the commitment that the President had already indicated and promised to the people of Tanzania.

5. The proposed bill does not adhere to the public demands for a new constitution. The review will not touch and propose any changes to the state of the union, the presidency, Revolutionary Government of Zanzibar and others as provided under sect. 9(2). We recommend for a free discussion on these and people should be let to decide on the destiny of their country.

6. Threats and criminal offences created by the Bill. The bill creates offences and criminalizes persons who in the view of the commission obstruct its work (Sect. 20, and 28). Constitutional making can be contentious and divergent views might arise. The bill therefore ought to encourage the freedom of expression and protect persons who will give views to the commission. Threats will limit people’s participation in the constitution-making process.

8. Gender parity should be specific. The bill does not explain clearly how it will incorporate other groups for example albino. We hence recommend the bill to consider the issue of gender.

Following these deficiencies and discrepancies we hereby recommend the following:
(a) The translation of the bill into Kiswahili language which is a National Language for wider participation of the public in the discussion.
(b) Broad dissemination of the draft bill to the public through media, public institutions, local government organs for the public to access the content of the bill
(c) Moderation of public hearings at constituency level by the Members of Parliament for collection of views from citizens.
(d) The commission should be independent, appointed by a parliamentary committee, Terms of Reference be developed under the Act itself and its report to be submitted to the Constituent Assembly and should be open to the Public for scrutiny
(e) The draft bill should be re-drafted to create room for public participation, freedom of expression and independent constitution making organs to exercise their mandated functions.

PDF formats in both English and Swahili below: