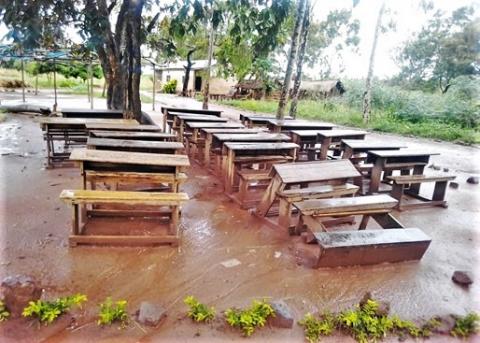 BOSEDA, a member of TENMET and Policy Forum implemented this program in Biharamulo District where the challenges on literacy and numeracy on early grades pupils have prevailed, basing on research. The following activities were implemented in this program:

Guiding questions were also used to lead the discussions, whereas most of the discussions were done through plenary sessions. Facilitators group discussions and flip charts to demonstrate key issues and to bring the attention of participants on the subject were employed; though the technique was not sometimes effective as many parents didn’t know to read. The activity was done timely and participatory. While in the field the following were the views that were gathered from teachers, parents and educationists:

Facilitators introduced the subject and explained the purpose of the event. The approach enabled participants to be relaxed and to interact easily in the meeting. At the end of the meetings, parents were given chances to give out their opinions and suggestions on how to address problems affecting the promotion of Literacy and Numeracy for children aged 5 – 13 years in the community. Despite the language barrier, facilitators used different techniques to encourage the involvement of all participants in the meeting especially women.

We were able to meet an average of 143 parents and other educationists from 10 Schools in Biharamulo District. The team were able to promote the understanding of the importance of literacy and numeracy among parents and the role they play in ensuring learning and teaching especially on literacy and numeracy is improved.     Parents in selected 10 schools were intensively

It was denoted that some pupils walked not less than 5 kilometres to their schools. The situations that lead to school drop out of some pupils before standard 7. In Katahoka wards it was seen that pupils could not attend schools in normal times due to long distances. It was difficult for younger children especially those who were below 10  years of age to walk a long distance to schools. The problem directly affected the ability to learn amongst pupils.

In 2016, the number of pupils enrolled in pre-primary schools was 4,587 girls and 4,726 boys. This number overwhelmed the number of classroom infrastructures available. According to Biharamulo District Education Officer, there was a shortage of about 392 = 25% teachers in primary schools in the district. The available teachers were 1,186 but the district needed 1,578 teachers.

Promotion of Literacy and Numeracy for children aged 5 to 13 years old was found to be affected by lack of meals, it was difficult to teach class one to three pupils after 10:00 am, because most of them are hungry by that time. Lack of meals in schools was found to affect significantly attendance of pupils in schools; whereby it was revealed that school feeding programmes were effective means of attracting children to attend schools.

It was discussed and understood that there were fewer desks compared to pupils. At least all schools which were visited reported this problem. Also, the absence of enough toilets in the Biharamulo District is an alarming problem almost in all schools.

It was agreed by most parents that there should a collective effort to contribute to these infrastructures to effectively support the teaching and learning 3Rs (reading, writing and arithmetic) in Schools

Hence, the dialogue concludes that collaboration between parents and teachers is an important aspect of educational development. Every guardian/parent should expand and develop the habit of consulting teachers regarding their pupil’s development.

More qualified teachers should be recruited to meet the growing number of pupils since the institution of free education as well the introduction of food in schools as the way to promote children health and pupils attendance.

A special library such as community libraries and all required reading and writing facilities for instance books should be established.