The State of 2021/2022 National Budget: Curbing Youth Unemployment in Tanzania 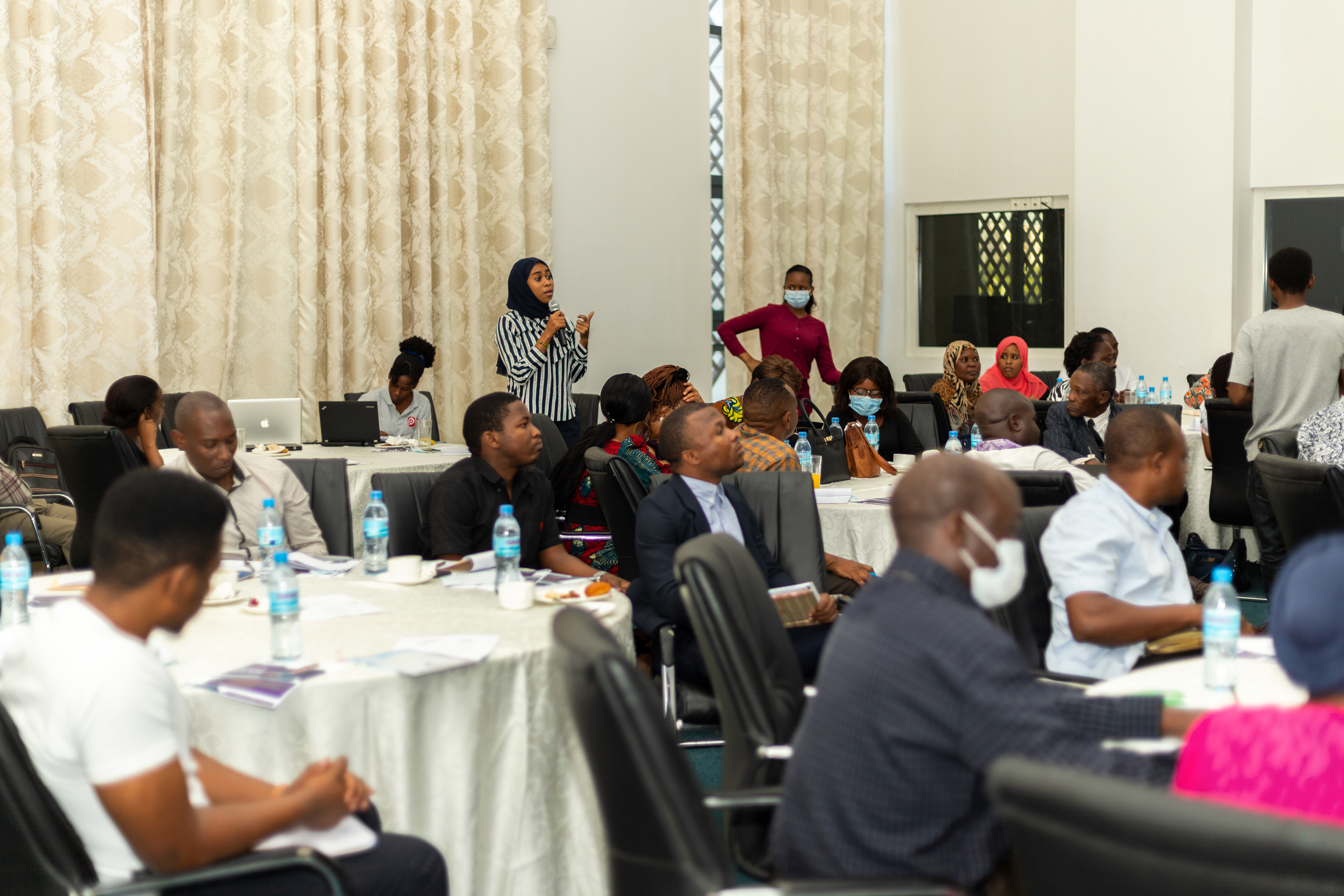 An analysis made by Policy Forum shows that in Africa, 10 to 12 million youth enter the workforce each year although only 3 million formal jobs are created whilst the impact of the enduring COVID-19 pandemic is highly expected to worsen the trend. Considering the population of Tanzania which has increased more than four times from 12.3 million in 1967 to 55.9 million in 2019 where the average annual growth rate according to the 2012 Population and Housing Census is 3.1% which also stipulates 77% of Tanzanians are below the age of 35 and 19% are between 15-24 years. Yet, unemployment is higher amongst young women (14.3%) compared to young men of the same age (12.3%).

A presentation provided in the Breakfast Debate of May 28, 2021 shows that there is a fragmentation of guidelines for youth development activities in the country. Youth development activities also lack minimum standards to guide their operation. Many youth opportunities are accommodated in policies than enforceable laws. Even where legal frameworks are supportive for youth empowerment, discrimination still exists in the values and attitudes of adults as against young people especially young women, girls and youth in special circumstances. Young people are viewed as a problem and unable to take care of themselves rather than an active population capable to participate in the shaping of their lives and communities. There is a need to promote their rights as human beings and eliminate all forms of bias.

Adv. Dominic Nduguru, Executive Director of Open Mind Tanzania (OMT) expressed that, through the Local Government Finance Act, 2018 the government came up with a commendable law that emphasizes economic empowerment to address unemployment through access to loans to vulnerable groups to eradicate poverty by engaging in private enterprises.

Literature shows that in 2018 according to the amendment of Local Government Finance Act, chapter 290 section 37A, loans amounting to 10 percent of Local Councils’ revenue are now issued interest-free from July 2018 based on the distribution of 4% for Youth, 4% for Women and 2% for People with disabilities. This section aims at examining the implementation of the said Act through scrutinizing the budget allocation versus disbursement to the PO-RALG and how much young women are accessing the funds to initiate or expand the business, hence improving their livelihood. Before the Act, in the Financial Year 2017/18, the Youth and Women Development Fund was allocated TZS. 61.6 billion shillings which is 10% of the Council's internal revenue for 18,233 group loans. As of February 2018, an amount of TZS. 15.6 billion shillings were disbursed to 8,672 Women and Youth groups equivalent to 25% of the budget allocated. As of February 2019, a total of TZS. 13.2 billion shillings out of TZS. 54.08 billion shillings equivalent to 24.4% have been given as loans to 5,628 groups out of that TZS 8.04 billion shillings have been given to 3,835 women's groups, TZS. 4.7 billion shillings have been given to 1,606 youth groups and TZS. 415.96 Million Shillings have been issued to 187 groups of persons with disabilities. (Budget Speech PMO-RALG 2019/202O).

In the 2018-2019 CAG report, an assessment made on the performance of the Women, Youth and People with Disabilities revolving fund noted that 115 LGAs did not contribute total amount of TZS. 9,930,902,514 to the fund; and also, in 111 LGAs due to loans issued to women, youths and people with disabilities amounting to TZS. 13,794,359,981 which had not been recovered. While in the year 2019-2020, 82 LGAs did not contribute 10% of their own source revenues aggregate amount of TZS. 5,720,140,159, and whereby TZS. 27,790,189,049 had not been recovered. Before enactment of the Act in 2017/18 allocation was TZS. 61.6 billion while three years after in 2020/21 allocation was TZS. 64.5 billion. This shows that there is an increase in allocation by only TZS. 3.1 billion. This is an insignificant increase compared to the number of unemployed people in the country. On part of disbursement if compared in 2017/18 was TZS. 15.6 billion was disbursed while in 2020/21 disbursement was TZS. 26.8 billion. Here disbursement was nearly doubled. Therefore, the government should increase enforcement of the Act by imposing practical penalties to District Directors who do not comply. This may start with research as to why there is such a situation.

Presenting alternative policy ways to curb youth unemployment, Adv. Ndunguru reiterated that Technical and Vocation Education Training (TVET) needs to be a funding priority since, as a medium-term measure, has a great potential for transforming the youth into an ‘opportunity’ and ‘asset’ in the process of industrialization. He added that rare skills such as MCs, DJs, composers, filmmakers, sound engineering, animal keeping, sports and games and fishing need to be given priority in TVET as they employ a lot of youth in the country. Adv Ndunguru said “we advise the Government and Development Partners to earmark all potential leading sub-sector economy (such as creative sector, digital and innovations, sports and transport and services i.e. salon) for youth employment and improve them. In this way many skilled youth will feel comfortable to work, thus, increase decent employment and widen the tax base in the national economy by making the informal sector enhanced to a formal sector thus increased government tax collection for better services”

He also urged the government on the provision of loans on higher economic productivity sectors through diversification, technological upgrading and innovation, including through a focus on high value-added and labor-intensive sectors.  So as to reduce unemployment to young women and men. The government should also adopt affirmative action and strengthen sound policies and enforceable legislation for the promotion of gender equality and empowerment of young girls by the provision of loans to youth. Provision of youth funds, need to be institutionalized with common systems, database and procedures. This should go together with the digitization of applications for funds.  This will bring commonality and easiness for youth to access information.