Capitalizing on the War against Pediatric Tuberculosis in Tanzania 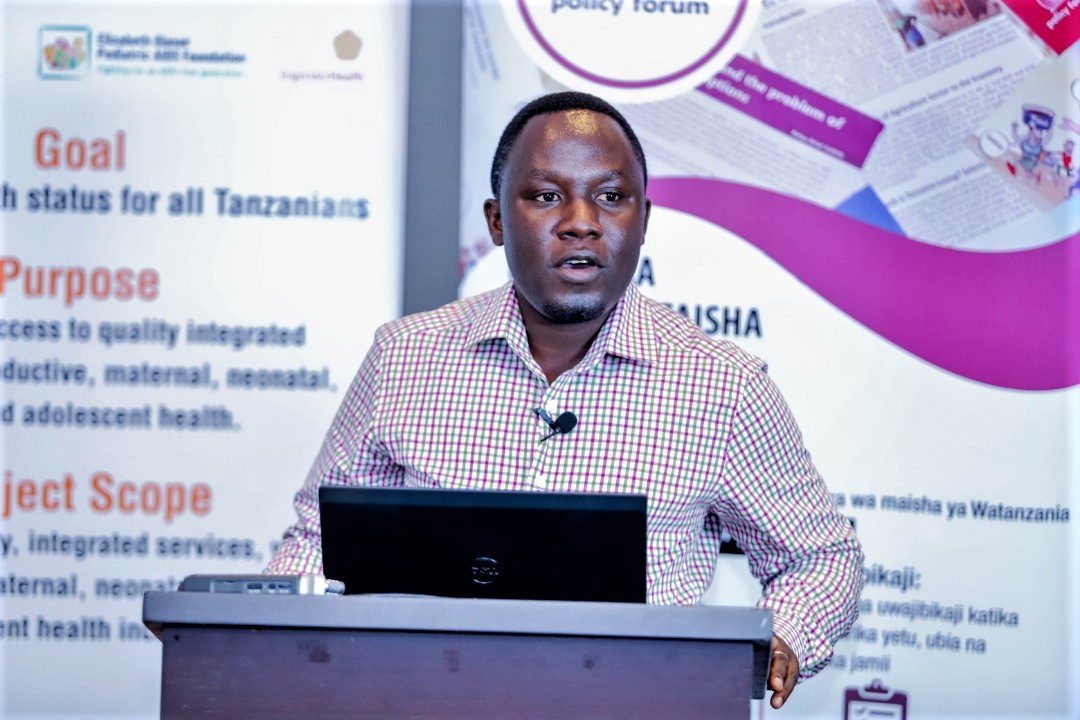 On January 29, 2021 Policy Forum provided a breakfast debate platform to Elizabeth Glaser Pediatric Aids Foundation (EGPAF) to capitalize on their Catalyzing Pediatric TB Innovations Project (CaP TB) which aims at reduction in morbidity and mortality due to pediatric TB targeting to address Goal 3 of the Global Goals.

The CaP TB Project Manager at EGPAF , Dr Leo Haule commenced his presentation by highlighting the  National Strategic Plan V (2015-2020) for Tuberculosis (TB) and Leprosy control which  was inclusively prepared to address the future challenges and priorities in prevention, care and treatment of the TB, TB-HIV and Leprosy and stated that the plan had an explicit section for Childhood TB which targeted increase notification where pediatric TB is diagnosed in a patient and is reported within the national surveillance system, from 10.6% to 15%  and it also recommended decentralization (integration) of diagnostic services. Furthermore, the National TB and Leprosy Strategic Plan VI – 2020 – 2025 aims at maintaining 15% from the previous Plan and increasing 0-4/5-15 ratio to 1.5:1 on childhood TB.

However, a significant gap remains between incident and notified cases, the reduction in notifications in recent years almost certainly mirrors a genuine fall in incidence in remote areas.

Dr. Haule further stressed the diagnosis and management of TB in children with HIV has posed a significant challenge due to several factors such as non-specific clinical presentation, limited access to culture and molecular diagnostic facilities.

TB Coordinator at Ilala Municipal, Dr. Seif Mubarak acknowledged the presence of anti-tuberculosis (TB) campaigns which are being conducted nationwide supporting the simplification of testing and treatment services. Conversely, some communities are still unable to access these services due to financial constraints.

Dr. Seif called upon stakeholders to support the government efforts in the fight against pediatric TB to ensure sustainability and propagate projects like the CaP TB in all areas of Tanzania which will support the improvement of diagnostic services and facilities to cater for many cases.

He also emphasized that awareness is needed to communities to raise a general understanding and avert the spread of TB from one person to another.

Substantially, Dr. Munuo from AMREF Tanzania raised an alarm on the stigma around TB which perceived by the risk of transmission from TB-infected individuals to prone community members as it is associations with HIV. Even though Dr. Munuo elaborated that only 20 per cent of TB cases are associated to HIV and indicated that it is essential to raise awareness on in what manner the disease is spread backed with preventive measures.