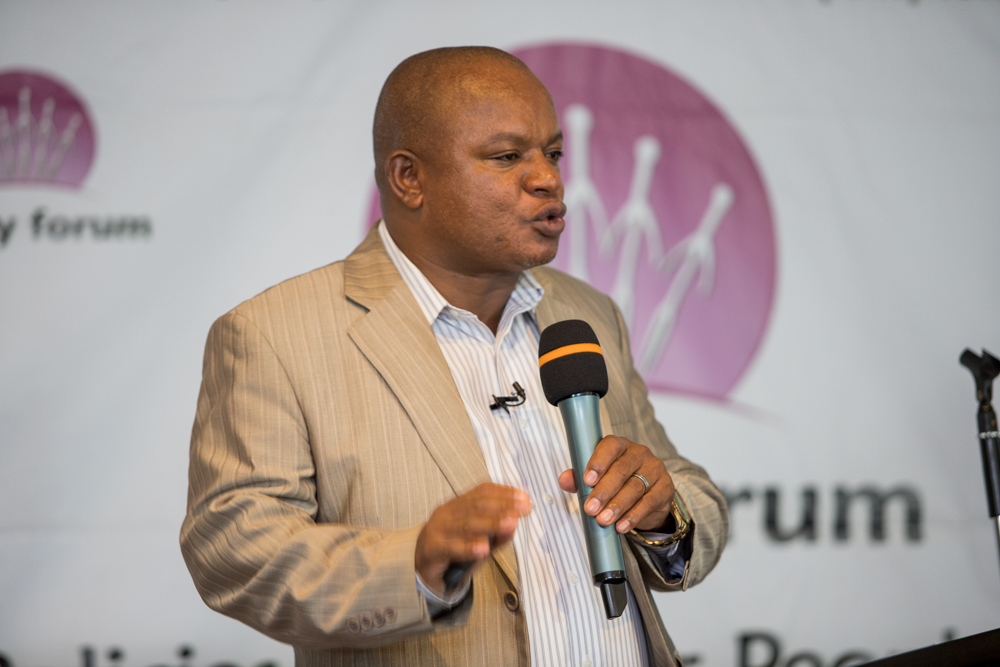 As indicated in the National Environmental Policy of 1997, Tanzania faces several environmental challenges which include land degradation, lack of accessible good quality water for both rural and urban habitants; loss of biodiversity, deteriorations of aquatic systems, deforestation, environmental pollutions, climate change and a scant financial resource to address these challenges.

The impacts of environmental degradation affect vital sectors that have direct effects to agriculture, food systems and people’s livelihoods.

The findings of a study that was conducted by ANSAF in partnership with the Vice President’s Office were presented at the Policy Forum Breakfast Debate held on August 28 , 2020 which was the first time to physically convene for the People’s and Policy dialogue since the outbreak of the global pandemic in March 2020. A researcher on natural resources, environmental management and climate change whom was consulted to undertake the study , Abdallah Henku highlighted that in order to address the financial related challenges in facilitating environmental conservation in the country, the Government has put in place a number of measures including enactment of Environmental Management, 2004 (CAP 191) which has established the National Environmental Trust Fund (NETF) under Section 213-215, as public fund which operates not for profit and governed by the Board of Trustees.

He further expounded that the National Environment Trust Fund (NETF) is strategically set as a financier mechanism to provide long term reliable and sustainable financial support to the environmental conservation and climate change adaptation matters in Tanzania mainland.

Some of the functions of the Trust Fund include the facilitation of researches that propose further requirements of environmental management, fostering capacity building, conferring environmental awards, issuing environmental publications, providing scholarships, promoting and assisting through grants community based environmental programmes.

Despite the critical role of NETF, the Trust Fund has not been able to execute its mandates effectively among other reasons being inadequate financial resources.

Moreover, Fazal Issa Executive Director at the Sokoine Memorial Foundation stated that seeking external mobilization of funds as well as accredited entities to support the Trust Fund without was of paramount significance.

Fazal advised on learning how trust funds from neighbouring countries including Kenya and Rwanda operate and suggested that environmental polluting penalties could be the best sources of revenue for the fund.

He continued by mentioning that the CRDB Bank was an accredited part of the national implementing entities and that the President’s Office Regional Administration and Local Government (PO-RALG) was in the accreditation process. And the European Union (EU) provides over $300 million to the Global Climate Change Alliance (GCCA) which could be considered for the funding of the trust fund.

Significantly, Fazal explicated that the alternative sources of funding for the Trust Fund should not burden taxpayers and instead focus on revenue from Environmental Management related Fees and Charges.