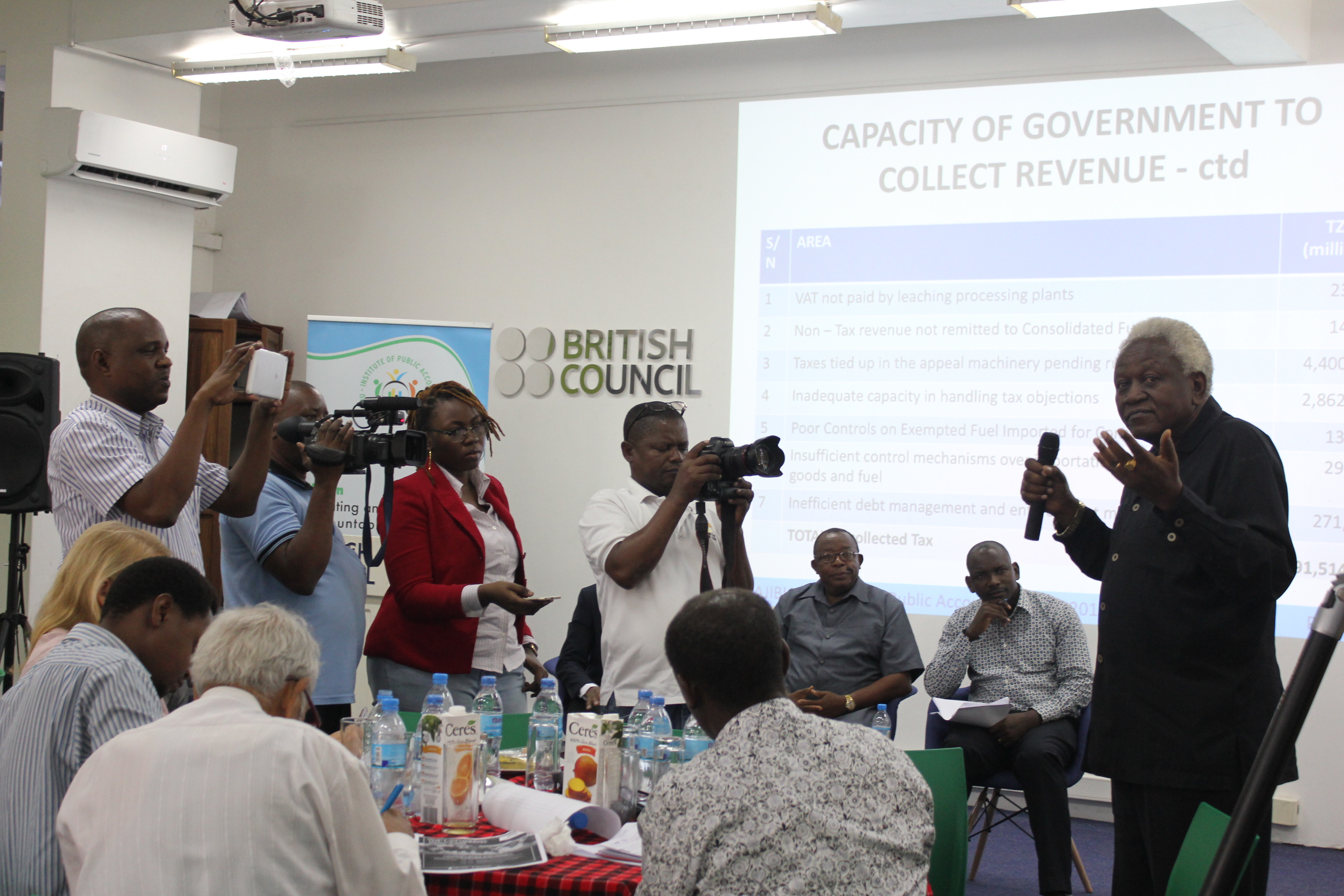 The recently released 2016/17 Controller & Auditor General Report has revealed a number of challenges relating to effective financial accountability at the local level including under and over-disbursements, massive amounts of unspent funds by local government authorities, drop in revenue collections and ineffective use of spent monies.

This was observed from a presentation made by Yona Killagane from Wajibu Institute of Public Accountability (WIPA) on the Policy Forum’s Monthly Breakfast Debate. The debate focused on 2016/17 CAG's report: What are the Trends of Financial Accountability in Tanzania?

Presenting the observations, Killagane said that the Government under-disbursed capital grants to 167 local government authorities (LGAs) by 51 per cent in the 2016/17 financial year. The government also over-disbursed development grants to 14   LGAs and only 28 per cent of the budget allocated for development projects was spent by the LGAs during the financial year audited. He added that the Government Auditor also revealed that 36 per cent of the capital grants that were received by 168 LGAs remained unspent. As a result, unspent funds increased from Sh197.61 billion in the 2015/16 financial year to Sh260.85 billion in 2016/17. Also, 60 projects valued at Sh782.47 million had been completed in 13 LGAs - but they were not put into effective use."

He continued by highlighting that the fall in revenue collections have been contributed by the transfer of some LGA revenue sources to the Central Government - including property tax and billboard fees - as well as the abolition of some taxes at the local government level, such as crop levies.

He further recommended that due to the importance of Integrated Financial Management System (EPICOR) in strengthening financial accountability there is a need of the Government to invest in continuous training to officials on how to effectively use the platform and to create its champions who will support its implementation.

For the Government to be fully International Public Sector Accountability Standards (IPSAS) compliant, modules covered in EPICOR as proposed by the CAG should be implemented immediately including those relating to receivables, payables, inventory and linked with debt management and revenue collection for LGAs.

Following the audit queries that were raised and how they had been addressed, he endorsed the idea that duty-bearers should be  strongly urged to adhere to the legal procedure as stipulated in the Public Audit Act no. 11 of 2008 and its regulations in responding to audit queries.

Dr. Richard Mbunda from University of Dar es Salaam highlighted that the Controller Auditor General has limited access to information relating to oil, gas and mining companies operational as the principal Petroleum and Mining Acts do not grant him explicit mandate and power to access information relating to the production and sale of these natural resources. He suggested that because minerals are public assets, there is an urgent need for the Controller Auditor General (CAG) to have full access to audit this public resource.