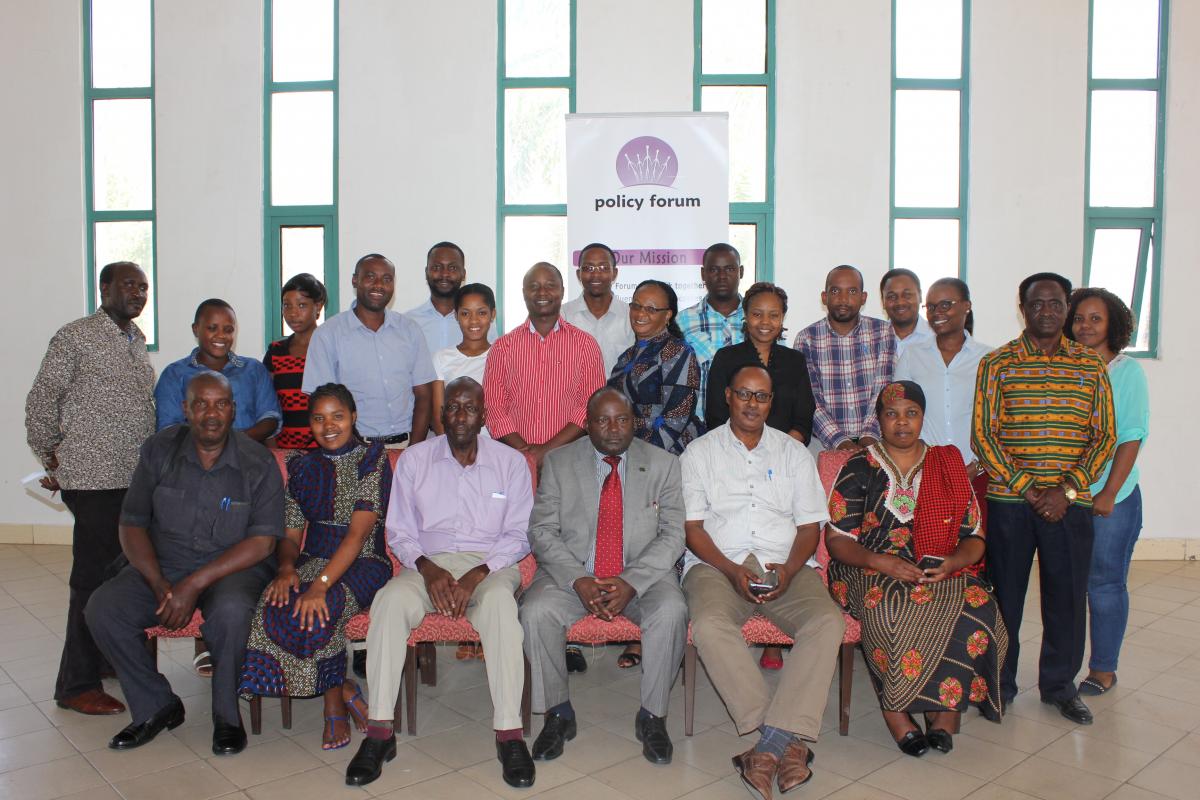 It has been revealed that the sustainability of social accountability monitoring (SAM) as a tool and an approach would depend on how it is successfully entrenched within Tanzanian communities with gradual reduction of dependency on donor resources as an exit strategy. If SAM continued to be donor-driven, it would one day collapse, stakeholders at a recent learning event were told.

Speaking in Mwanza at a two day zonal reflection meeting that brought together participants from the Lake and northern zones organised by Policy Forum, Representative of the Shinyanga Regional Administrative Secretary (RAS), Burton Mwakanyamale said: “In order for the SAM programme to be sustainable even after donors have pulled out, the government needs to put some resources in it because it is has enormous potential as a monitoring and evaluation opportunity for local government not shy of assessing its work,” he urged.

He further elaborated: “These efforts by such nonprofit institutions should be consolidated as much as possible and be owned locally by communities. I am sure they will give huge support to the citizens much as they are being supported by others.”

He warned, however, that without good relations and communications between these nongovernmental organizations, the citizens and the respective local authorities they were working with, they could be no tangible development to the citizenry.

For his part, Director of a Mwanza based Community Active in Development Association (CADA), Mr. Peter Matonyi concurred with Mwakanyamale by saying that it was very important for Policy Forum and other civil society organizations and NGOs to work collaboratively with government organizations and institutions, and local and international organizations so as to bring development to community.

But he said that in order that relation to work out, all these organizations in general needed to be transparent on all their financial matters as a way of creating trust and integrity to the community they working with.

Mr Matonyi commended Policy Forum and SAM for being educative and informative to citizens at the grassroots on policy, financial matters and on how they can know their rights when implementing the different development projects directed to them.

“Currently communities where SAM operates know their responsibilities and also know how to oversee them. Likewise, people now know the importance of participating in development activities, and meetings voluntarily,” he said.

He further said that through SAM, the community has been able to know the financial disbursement from the Treasury to the lower level meant to implement the intended projects in their areas.

“It is the responsibility of the community to bring to account the unfaithful and irresponsible leaders who halt developments in their areas hrough abuse and misuse of public resources,” he urged.

In his opening speech Policy Forum Coordinator, Semkae Kilonzo, said that the main objectives of the zonal learning session among mothers were: to document the lessons learned, challenges as well as results of the previous SAM exercises; the promotion organizational learning by engaging with the civil society and government officials at the local level in policy, to have insights of what worked and not worked as far as social accountability and other advocacy initiatives were concerned and also use the shared experience at the ground level to inform engagements related to policy processes at the national level.

Kilonzo further noted that the meeting had also intended among other things to focus on capturing and reflecting on the most important lessons as far as the SAM practice in the country was concerned for the purpose of using them to advance their work.