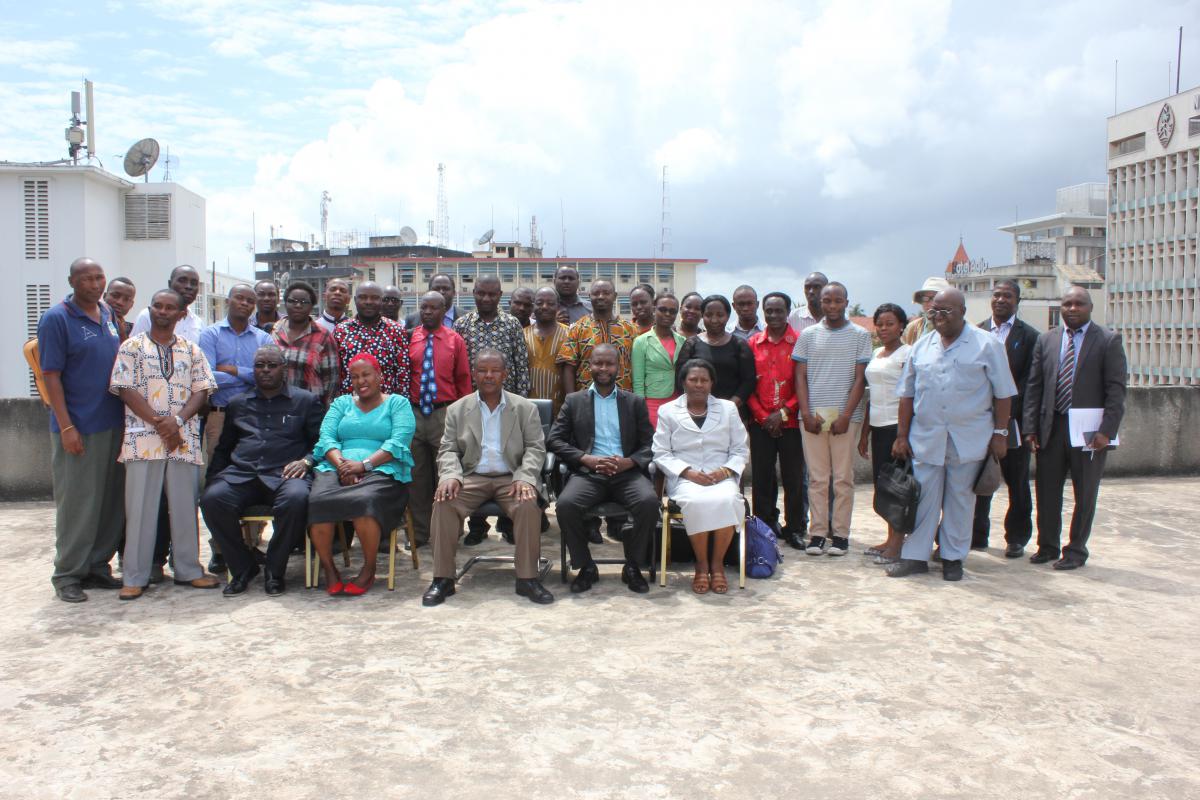 A call has been made by Civil Society Organizations (CSOs) to the National Audit Office of Tanzania (NAOT) to strengthen its Ad hoc working group that was formed with the intention of collaborating with CSOs to promote good governance and accountability.

Speaking at a Policy Forum members meeting with the National Audit Office on 12th November 2015, Richard Angelo, the Manager for Capacity Enhancement at Policy Forum said the network is ready to provide the office with their Social Accountability Monitoring findings so as to enhance the performance audits of NAOT as part of implementing the Controller and Auditor General’s initiative to advance public participation in the audit process.

He also recommended other areas where CSOs could strengthen their relationship with Controller and Auditor General Office including the popularization of the national and local authorities audit reports so to make them more accessible for ordinary citizens for their effective engagement in public resource management processes.

A representative from NAOT, Mr. Elibariki Lyaruu, presented the work and functions of the Controller and Auditor General and expounded on how the institution works with CSOs including how they collaborate with key non-state actors in the dissemination of audit reports such as civil society and the media and train them on the audit process as well as obtaining valuable feedback.

He mentioned the areas where NAOT is already working with CSOs in Tanzania including the formation of the Ad hoc Working Group of 18 members consisting of CSOs, government members and the office of the Controller and Auditor General with the aim of offering opportunities for citizen participation in their annual audit planning process and mainstreaming Social Accountability Monitoring in the audit process.

Mr. Lyaruu assured Policy Forum members that NAOT is an independent body which annually submits its audit reports parliament and that different assessments (both national and international) done have indicated that NAOT as a Supreme Audit Institution is an efficient and effective body.

Acting Controller and Auditor General, Mr. Jasper Mero reiterated that the CAG is open to avenues for collaboration with CSOs and called on them to utilize platforms in place to assist the CAG.

Semkae Kilonzo, the coordinator of Policy Forum closed the meeting by thanking NAOT for accepting to meet with them. He said PF is looking forward to future engagements with the office especially on areas of SAM and popularization of audit documents.

“The functioning of the CSO Desk at NAOT as agreed in the Ad Hoc Working Group will be the next logical step in enhancing this collaboration since the focal persons have now been identified. Also, we hope to see future performance audits of NAOT integrate SAM findings and more regular activities coordinated under the Ad Hoc Working Group,” Semkae Kilonzo concluded.

The Ad Hoc Working Group was formed to facilitate a convening space for a constructive and open discussion between CSOs and NAOT, provide an opportunity to learn about good practices on the strategic multi-stakeholder engagement and develop a framework for implementing participatory audit approaches in Tanzania.