Women and the 2015 General Election 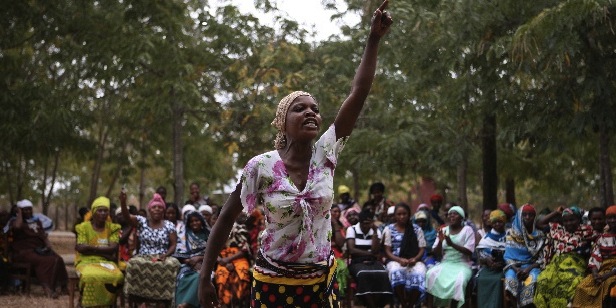 “With more women in the boardroom, greater legislative rights, and an increased mass of women’s visibility as impressive role models in every aspect of life……. one could think that women have gained true equality” (2000 and beyond) theme for the International Women’s Day, 2015.

But to what extent does that quotation reflect our experience of the reality within our own society?

In Tanzania, gender participation in socio-economic, political and cultural spheres began to gain momentum in the 1990s when the government reaffirmed its commitment to the Convention on the Elimination of all forms of Discrimination Against Women (CEDAW) and the Beijing Platform for Action, following the Beijing conference, which upholds:

-          women’s political empowerment in decision-making, and

-          enhancement of women’s access to education, training and employment .

On political empowerment, Tanzania Constitution in Articles 66 (1, b) and 78 (1), states that women members must not make up less than 30% of the National Assembly. The special seats for women are distributed among the political parties in proportion to the number of seats awarded to them in parliament.

The introduction of a quota system in Tanzania in 1985 and the adoption of Affirmative Action has indeed increased women political participation. Despite the fact that this system has helped address the issue of gender imbalance in terms of number, it has nevertheless been unsuccessful so far in building the capacity of the majority of women to progress further – and to aspire to the presidential post in Tanzania.

Although there has been an improvement over the last couple of years towards achieving gender parity in Tanzania, the challenge remains that there are still large ‘gender gaps’ which need to be addressed.

Women are now seen in politics more than ever before but still there is an air within parties which shows election campaigns being dominated by men.  Currently we are hearing of more than 30 politicians announcing their presidential bid but there are only three female candidates amongst all those who announced.

Despite the efforts of Tanzania Private Sector Foundation (TPSF) which launched a special fund in 2014 to empower women to stand as candidates during the general election, there are still challenges facing women.  These include election funding, cultural aspects, patriarchal systems and gender roles within our society, to mention just four.  These and others are amongst the factors which hinder the participation of many women in the election process.

There are several initiatives which might be introduced to support women in the political arena.  It is important to make the system accessible to women who are capable of competing for the highest position, yet there is a basic problem that women cannot join men in election campaigns because they simply don’t have resources to do so.  Also, it is important to find ways of breaking down cultural barriers which have become embedded within patriarchal systems: when it is easier to cross such barriers, more women will be enabled to join the race.  Positive messages will help to break down preconceptions: it has been built into the minds of so many of us that the “Presidential Post” is a post to which only men can aspire.  We must not forget that our constitution provides this right to any Tanzanian who meets the requirements regardless of their sex.

Surely the time is now to call for positive support to enable more women to take part in the 2015 general election. This, in turn, will encourage more women to set their sights on 2020. Therefore let’s make a start.  Let’s make a difference.  Let’s think globally and act locally by ensuring that women too are encouraged and supported in the 2015 Presidential race.