The Constituency Development Catalyst Fund in Tanzania: The Shortcut to Community Progress? 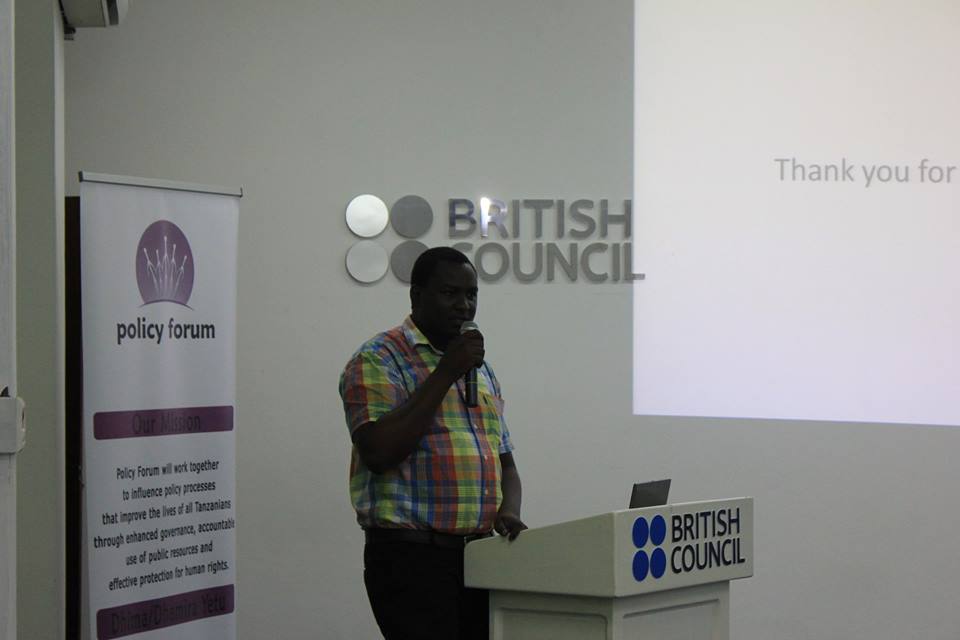 Stakeholders have called upon the government to amend the Constituency Development Catalyst Fund (CDCF) Act of 2009 and to address the current governance deficits in its implementation.

This was said by Kenny Manara, a Researcher of REPOA, during the Policy Forum Breakfast debate held in April 2015 when presenting findings of a survey that was conducted by members of the Policy Forum Local Government Working Group (LGWG) in collaboration with REPOA in six constituencies.The study on the governance effectiveness of CDCF in Tanzania examined four indicators namely; Rule of law, accountability, participation and equity.

Manara said that the survey found that all the measures of governance indicators was less than 50% in its effectiveness in all the constituencies, hence asserting that the CDCF lacks merit and not worthwhile interms of governance criteria.

He recommended additional research with a larger and more representative sample before making firm conclusions on whether the implementation of CDCF sees governance gaps.

The discussant at the event, Mr. George Jeriko, Lecturer at the University of Dar es Salaam was also of the view that a larger study should be conducted on the effectiveness of CDCF at the local level.

He lastly said that most of the issues of accountability as raised in the survey can be resolved if there was political will amongst actors concerned.