Should Pregnant Girls Return to School after Giving Birth? 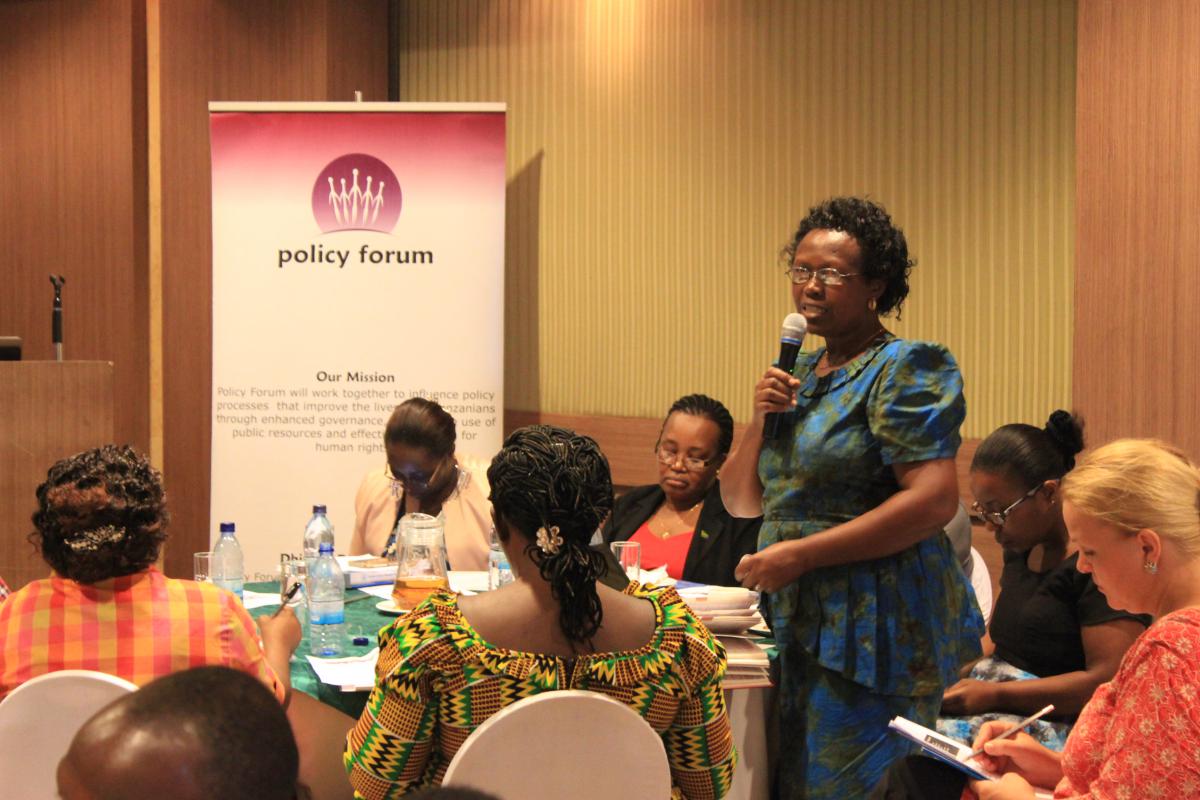 Different civic actors have called upon the government to fully operationalize the reviewed National Education and Training Policy (ETP) of 1995 which now allows pregnant girls to return to school after they have given birth and recommended that sexual and reproductive education be given to young girls and young mothers.

This call was made during the Policy Forum Breakfast debate on 30th January 2015 at the New Africa Hotel.

Dr. Rebecca Balira from the National Institute for Medical Research (NIMR) for Sexual and Reproductive Health, Rights (SRHR) Alliance “Pamoja Tunaweza” said that 55,000 girls were expelled from school between 2003 and 2011 out of which a huge number were students from secondary schools and 0.9 % of those were from primary schools.

The findings from the survey they had conducted at the district level show that most of the stakeholders interviewed were in support of the re-entry policy but some were hesitant because of their moral beliefs, she said.

She mentioned some of the key milestones achieved in implementing the re-entry policy at national level as being: the ETP being translated into swahili (in 2010) to ensure smooth implementation at all levels of society, the Ministry of Education and Vocational Training preparing draft guidelines (in 2009) for the implementation of the re-entry policy once the approval of the reviewed ETP is complete and some of the NGOs at the grassroots (at district and ward levels) already engaging stakeholders on the issue.

Dr. Majaliwa Marwa, another presenter from UNFPA Tanzania, said that millions of young people have poor access to information especially with respect to sexual and reproductive health as data shows that about 23% of young women age 15–19 have already begun childbearing whereby 15% of them started having sex at the age of 15. He stressed the importance of comprehensive sex education coupled with appropriate access to Sexual Reproductive Health services in positively transforming young people’s lives.

He suggested some of the key steps that need to be taken as being: reviewing and amending the existing laws and policies on age of consent, child protection and teacher codes of conduct and initiating and scaling up age, gender and culturally-appropriate sex education in primary schools.

The discussants were; Chimpaye Marango from the Ministry of Education and

Vocational Training (MOEVT),and from the Ministry of Health and Social welfare (MOHSW) there were Dr. Georgina Msemo and Dr Elizabeth Mapella

The discussant from the MOEVT admitted that the ETP and its guidelines are currently being reviewed and will be launched soon for operationalisation. She said after the policy was reviewed about 80 people were tasked to go around to stakeholders to get their views on the re-entry policy. She expressed surprise, however, that from the presentations, there was information that some people in schools who were not aware of the policy.

The discussant from the ministry of health pointed out that the views of the parents were not taken on board during the survey something that poses a challenge for the implementation re-entry policy if all stakeholders are not involved.

She also stressed the importance of collecting the views of the boys who impregnated these young girls to improve the understanding of the problem. She assured the audience that the government including the president himself is committed to operationalise.