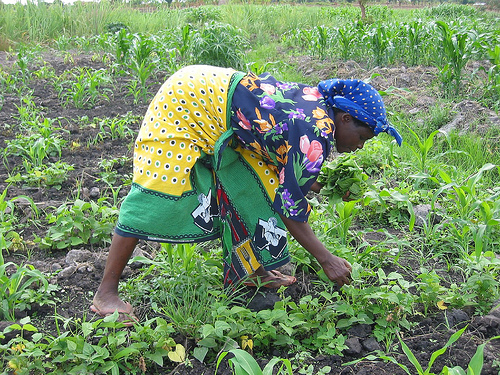 Issues of water, agriculture, health and education all have a heavy bearing on women. According to Policy Forum Budget Working Group (BWG) 2014/15 position statement, 98% of rural women are working in the agriculture sector, majority as small scale farmers. These women who are defined as economically active are engaged in agriculture and produce a substantial share of the food crops for both household consumption and for export.

Through its contribution of 24.8% and 24.7% to the GDP in 2012 and 2013 respectively, it is clear that agriculture is a source of livelihood to Tanzanians. Though government efforts to empower women, and  enhance their productivity  in agriculture  sector  can  be  seen  but still more  effort is  needed.  In the agriculture budget speech of 2014/15 pointed out that there was training for rice farmers which took place in Lake Zone, Eastern zone and Southern highlands zone, out of the 388 participants, women were only 116 (40%).

Since the majority of women in Tanzania are engaged in small scale agriculture, clear strategies should be put in place indicating how the government intends to help them out of the current situation. Programs that are women specific would be helpful in terms of planning and tracking the impact of the same.

So it would have been appropriate to see robust evidence of a gender responsive Agriculture budget. For instance, substantial allocations for expansion of access to formal financing for women to enhance their agricultural enterprises and women farmers to be reached by extension officers could uplift their level of production.  Similarly, stronger gender mainstreaming elements should feature in the education, health and water sectors if women’s lives are to improve and in turn contribute effectively to the economy.