Demanding Accountability from Government: what can civil society and Parliament do? 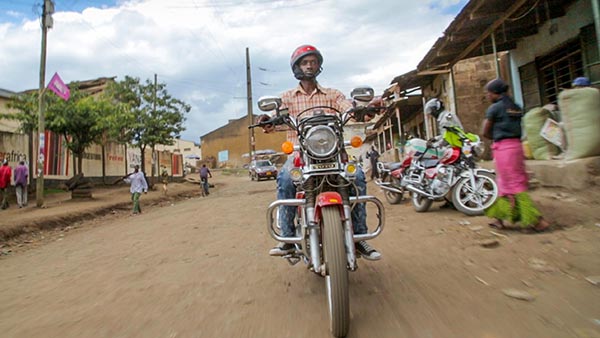 “A fundamental element of social accountability is for citizens and CSOs to have access to accurate and relevant information regarding public policies, programs, services, budgets, and expenditures.”

He said one of the main challenges revealed in the study which was conducted in various parts of Tanzania where civil society was implementing SAM such as Babati, Kisarawe and Kibaha is accessing information. He cited an example of difficulty in accessing council minutes and other relevant documents at local level.

The Basic premise of the PSAM rights-based approach is that all human beings have equal dignity & equal claim on the resources required to meet their basic human needs and to exercise their fundamental rights & capabilities. The state, hence, is obliged to provide tis right to all its citizens to the maximum of the available resources, he stressed.

Despite this being the case, he said Tanzania still does not have a law which allows for freedom of information although there is a government circular  that compels officials at local government level to release information, still this does not guarantee compliance.

He however said that access to information legislation is not necessarily the answer. For access to information to be effective, there must be an enabling framework that encourages meaningful participation as well as a mindset shift and political will from those in positions of authority.

He added that the information should be targeted in a way that ensures that those who acquire it have the capacity to analyze it and act on it.

He suggested that social accountability practitioners also need to find better ways to present their case and this can be done through creating good relationships with the authorities and that there should be more engagement than confrontations. He gave the experience of civil society in South Africa who used the NAME AND SHAME approach to expose corruption issues in the country. This approach proved challenging until they began using the engagement approach which worked better.

The discussant of the breakfast debate Hon. Rajab Mohammed Mbarouk, Chairperson of the Local Authority Accounts Committee (LAAC), admitted that the absence of the information law is still an obstacle not only to the citizens but also to the government itself.

He added that as a member of parliament, this is one of the issues they have raised in parliament several times but surprisingly the law has not yet been enacted. He was pessimistic that this law will be enacted anytime soon as in the next few months, government will be busy preparing for next years’ elections.

He however thanked the participants of the debate for raising this and promised to raise it again during the parliamentary sessions.

Tabling of the Freedom of Information Bill is part of Tanzania’s Open Government Partnership (OGP) action plan. Last year, President Jakaya Kikwete was quoted by the Guardian Newspaper of the UK as saying the bill would be tabled this year:

"We are now working on enacting a freedom of information law. By April next year, the parliament will enact this bill, giving the common citizen the right to have information from government,” he stressed.