Crime, Gender and Poverty: patterns of victimhood in Tanzania 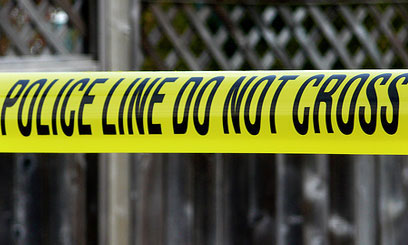 Poorer persons in Tanzania are more exposed to crime and tend to be more fearful for their safety, a recent research has revealed.  Speaking at the Policy Forum March Breakfast Debate, Rose Aiko, the Director of Governance and Service Delivery at REPOA said the findings were based on the Afrobarometer survey which is a comparative series of public opinions conducted across countries in Africa.

Ms. Aiko said that the data from the afrobarometer also shows that poorer persons in urban areas are more vulnerable than those in rural areas and that the findings suggest that 69 per cent of poor people are more likely to be excluded from accessing public service protection. She also said that the afrobarometer survey suggests that if a person is relatively well-off then s/he will be more likely to be closer to the public police protection service, suggesting that government officials need to make sure that the police protection services are available to all people regardless of their income.

She also pointed out that there is no statistically significant gender difference in how people have experienced crime, a point that was challenged by some in the audience as if the survey was not gendered, it would not reveal other crimes faced by women, like those of sexual nature, for instance.

The discussant of the breakfast debate Mr. Daniel J. Nyambabe, theSenior Assistant Commissioner of Police (SACP) said that the Tanzania Police Force’s main role is to preserve peace and to protect the lives of individuals, he therefore assured the audience that the general public are guaranteed protection irrespective of gender, race or income levels.

Mr. Nyambabe also said the police force had gone the extra mile to ensure that there were gender desks in every police station in the country to help victims of sexual crimes, children and the elderly.

The purpose of the afrobarometer is to measure popular perspectives on the social, political, and economic environments in African countries and to give the public a voice in policy making processes by providing high quality public opinion data to policymakers, policy advocates and civil society organizations, academics, media, donors and investors, and ordinary Africans.