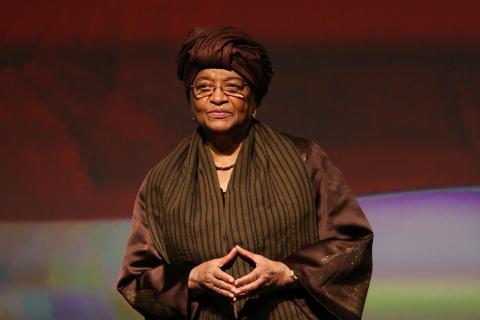 Findings have revealed that the need for promoting women leadership was as important as creating an enabling environment for women to hone their leadership qualities. Despite umpteen measures to empower women and see them in leadership positions, the representation of women in such positions across the globe is quite upsetting. Women make up just 4 percent of CEOs in the world’s 500 top companies, even a lesser percent of heads of government at national level belongs to women and the least percent of international leadership positions is occupied by women in the world today.

Absence of gender equality in leadership positions not only hampers the due progress in every sphere but also costs the global economy substantially. Hence, there is a need to promote women leadership. Corporate houses or companies need the best of leaders and it will not be fulfilled if the recruitment pool excludes women. Statistics show that women have not yet reached their full potential in leadership positions.

A lot of debate has sparked up because now more than ever people are seeing the relevance of women in leadership.

Africa still is the continent with the lowest number of women leaders on the globe. It is high time for the Africans to speak out for their beloved continent and find pragmatic solutions to this problem. Women are supposed to be part of the decision-making process across all African countries. Nobody can speak to the issues of women more than women and women have expertise in various fields and so they can speak on other issues as well.

Speaking over the weekend through a virtual debate organised by  African Young Ladies Change Makers Network, that involved young ladies from six African countries namely Tanzania, South Africa, Zimbabwe, The Gambia, Nigeria  and Ghana, a Tanzanian Lady, who is also a Gender Focal Point with the Policy Forum in Tanzania, Ms. Iman Hatibu has urged Tanzanian young ladies to vie for high political positions in the coming general elections so the they can represent the unrepresented big part of women is society.

“There are many challenges facing women in our community but are not spoken out, are not revealed because there is no enough representation in decision and policy making platforms,” she explained.

Ms. Hatibu further noted that the challenges facing women will only be echoed out by women themselves. “That’s why we encourage

women to be in leadership, decisions, and policy making positions so that they can be in good position to fight and defend for their essential rights and needs.”

She has, however, advised her fellow young ladies and women that before vying for any political posts they first need to be knowledgeable and well informed on different matters going on in the communities they are living.

And because of that, Hatibu has said that there was need of having a dialogue that would raise awareness and find ways on how women can effectively participate in political platforms, nationally, regionally, and internationally.

“I call upon role model women leaders to render support by grooming the emerging young lady leaders, so that they can also become successful and role models like them,” she urged.

“I also urge young ladies and women who aspire for political posts in the coming general elections to seek for intellectual support as well so that they can learn crucial leadership skills.”

For her part, Angela-Genevieve Nhlamulo Ngobe from South Africa said “A Woman is not just a female but she is a person who has choices. Choices means she has the ability to pursue every opportunity given to her. Political office like motherhood is a choice a woman can make. I think it is very important for women to lead and take up politics because politics has the power to shape their lives.”

She further noted that women's voices are important because they bring their lived experiences to the table which allows policies regarding women to be shaped by women. I believe that a woman feminist voice brings a distinct voice on how to govern. Women have always played a role in leading and shaping the continent

However, their labours have been erased and so have their belief that a woman cannot lead. I think it's time for African women to come in front and take their place in political offices. “I believe that a woman can do it all and be successful.”

Benevolence Sindwe Mbano from Zimbabwe believed in the power of dialogue. “Women should come out and speak about their issues and challenges facing them to encourage each other and find solutions together.”

According to a new International Labour Organisation (ILO) report published for International Women’s Day on 8 March,2020, women are still underrepresented at the top, a situation that has changed very little in the last 30 years. Fewer than one third of managers are women, although they are likely to be better educated than their male counterparts. The report shows generally that education is not the main reason for lower employment rates and lower pay of women, but rather that women do not receive the same dividends for education as men.

“A number of factors are blocking equality in employment, and the one playing the largest role is caregiving." Manuela Tomei, Director, ILO Conditions of Work and Equality Department.

The Quantum Leap report shows that achieving gender equality will mean policy changes and actions in a range of mutually reinforcing areas, and it points to measures that can lead towards a transformative and measurable agenda for gender equality.

“We need to implement a transformative agenda that includes enforcement of laws and regulations – perhaps we may even need to revisit those laws and regulations - backed by investment in services that level the playing field for women, such as care and social protection, and a more flexible approach to both working hours and working careers. And there is the persistent attitudinal challenge of attitudes to women joining the workforce and their place in it,” said ILO Director-General Guy Ryder.

Meanwhile, the 1995 Beijing Platform for Action flagged 12 key areas where urgent action was needed to ensure greater equality and opportunities for women and men, girls and boys.

It also laid out concrete ways for countries to bring about change. Various Gander and Women Rights Stakeholders works with governments and partners to ensure such change is real for women and girls around the world. Education is essential for women to reach gender equality and become leaders of change.

According to the Beijing Platform, once in leadership roles, women make a difference. But they are under-represented as voters and in top positions, whether in elected office, the civil service, corporate boardrooms or academia.

The media plays a significant role in perpetuating and challenging social norms that condone discrimination or violence against women. It can objectify women but also showcase strong women leaders and protagonists who can become role models in a society.